So what's the costume flap of the year? It might just be Ebola, as in Ebola zombies, bloody Ebola patients and faux protective gear.

Twitter and other social media were abuzz leading into the holiday with talk of hazmat suits and respirators. Too soon? How about just "no"...

If searches on Google are any indication, the Ebola crisis doesn't match the Top 10 popularity of Elsa from "Frozen," or even your basic Wonder Woman, among searches for DIY costumes. 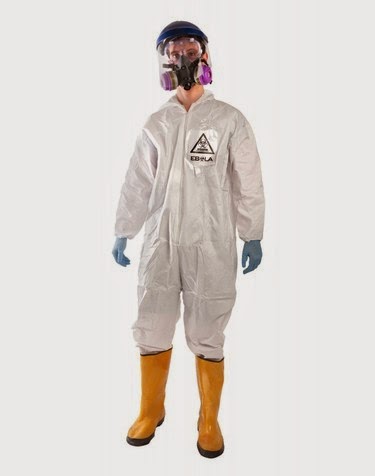 "We don't stray away from anything that's current or controversial or anything like that," Weeks said from his 127,000-square-foot warehouse in Banning, California. "If I told you we had a toddler ISIS costume in the works, your mouth would drop."

"I will definitely let you know when that goes on sale," Weeks said. "I can tell you it will come complete with a fake machine gun."