This is an average American man 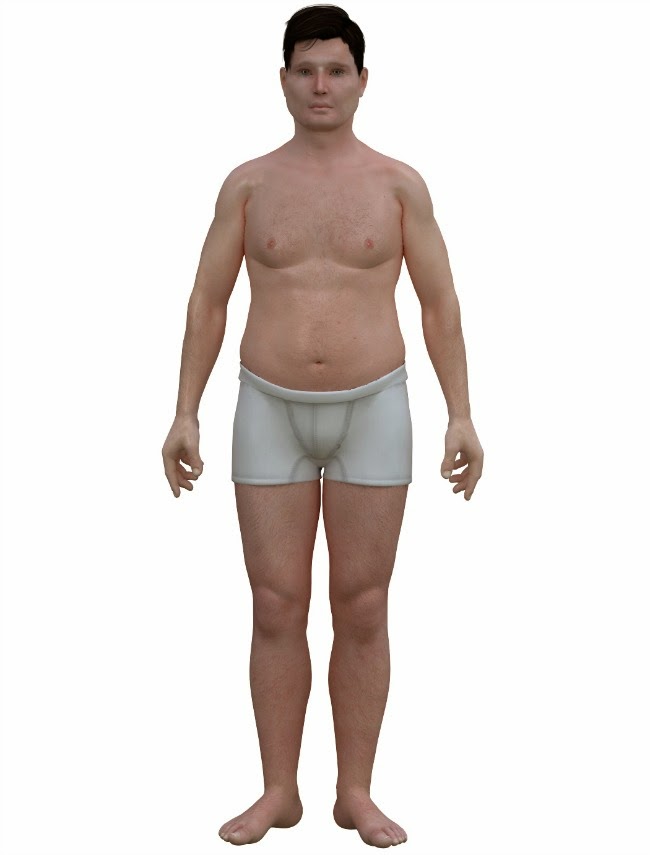 "Todd is the most typical of American men. His proportions are based on averages from CDC anthropometric data. As a U.S. male age 30 to 39, his body mass index (BMI) is 29; just one shy of the medical definition of obese. At five-feet-nine-inches tall, his waist is 39 inches." 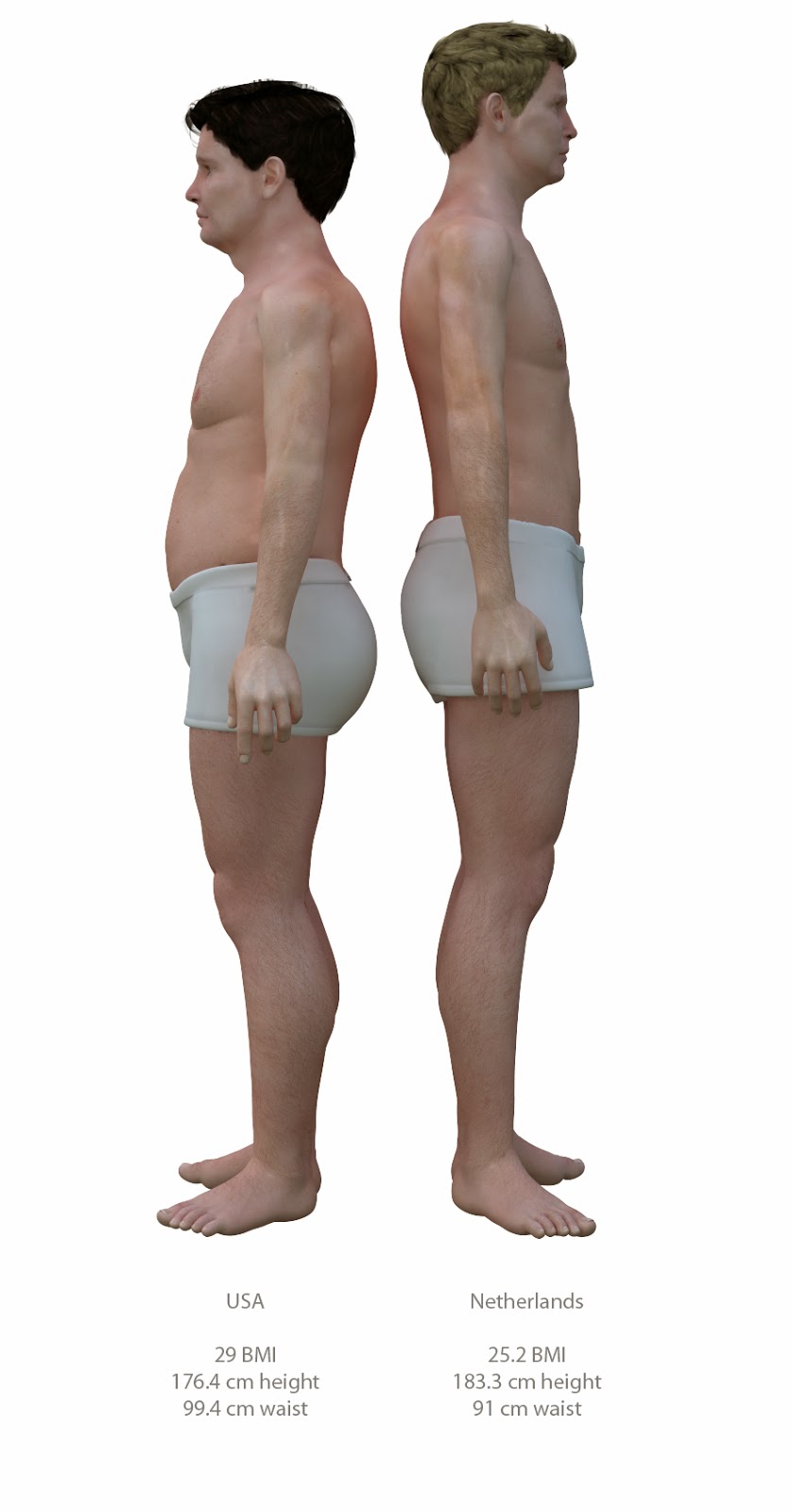 "Americans are also losing ground in height. For most of two centuries, until 60 years ago, the U.S. population was the tallest in the world. Now the average American man is three inches shorter than the Dutch man, who averages six feet. Japanese averages are also gaining on Americans'.

More information and images at The Atlantic.