An unusual view of the Sphinx 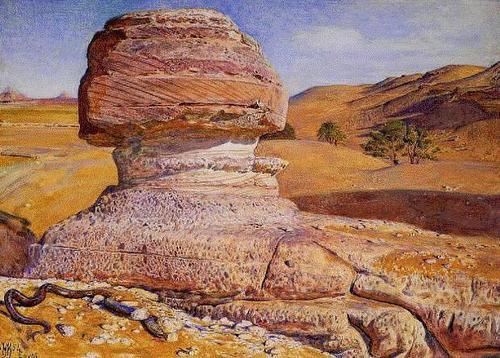 The view is from the back, which we seldom see, and the painting depicts the Sphinx in the mid-nineteenth century, before the accumulated sand was removed from the base.

I believe the painting also depicts the vertical erosion of the component rocks, a marker of water/rain erosion rather than wind erosion (which tends to be horizontal). This feature has been a focal point of some note in arguments regarding the dating of the Sphinx.

Here's another view, this time from the front and just a few decades later: 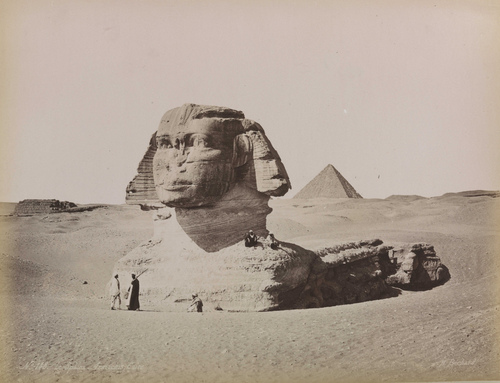 Showing the forelegs buried in the sand. The importance of water erosion is that (if true) it would imply a creation date thousands of years before the Egyptian dynasties. It's an intriguing hypothesis.