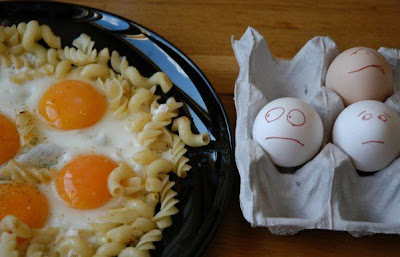 Especially at this time of year, there just isn't time to do full posts on lots of interesting subjects. I'll just list them here and let you browse through for something that suits your taste.

Spectacular photos of a sperm whale eating a giant squid.

Fritz Lang's 1931 film "M" is considered one of the all-time great masterpieces of classic cinema.

You can view the movie online at the Internet Archive, which also has lots of other movies, cartoons, and films.

A disturbed woman climbed a high-tension power pole. Before she could be rescued she touched the power line and received 10,000 volts. To her face. She survived, but some of you will find the video disturbing and should skip this link.

A civilian passenger in a military jet accidentally hit the "eject" button while on a "joyride" with an experienced pilot.

A South Korean woman passed her written test for a driver's license - on her 950th try. "I believe you can achieve your goal if you persistently pursue it," she told Reuters news agency.

"Star Wars Kid" is a viral video, said to be the most-viewed video in the history of the internet - reportedly 900 million views. Many spoofs have been created; the original video is here.

A woman tries to inject herself with heroin while driving 90 mph.

The first footage ever recorded of a giant stingray (swimming off the coast of Mozambique).

Researchers at the University of Colorado report that amputees running on artificial limbs have no performance advantage over normal athletes.

A girl shaved her head to raise money for cancer research. Her school suspended her for breaking uniform guidelines (there may be a deeper backstory...)

Video of the hiking trail at Mt. Huashan. Wear your brown pants.

Nature is truly red in tooth and claw. Also in fin. Apparently "berserk dolphins" are killing porpoises. "The video shows male dolphins coralling the porpoise, ramming it and drowning it, then bringing the carcass to researchers on a boat and swimming away."

A railway firm need to transport 200 employees from Reading to Coventry to attend a meeting. They will travel by bus rather than train, because the train tickets are too costly.

Videos of 25 people breaking their legs.

"Amazonians often adopt the young monkey as a pet, hence the women breastfeeding the monkey in the above picture."

How superstition and economics are combining to endanger African albinos.

An extensively documented argument that Paul McCartney is actually dead and was replaced by a body double years ago.

A python swallows a baby bird. It's still chirping as it goes down the gullet. One would presume that it dies of either compressive or anoxic asphyxiation before it encounters any digestive juices. This is real life, but the squeamish are hereby warned.

Time magazine calls the '00s the "Decade From Hell" and explains why.

Video of giant jellyfish in Japanese waters. They are wreaking some havoc with the fishing industry.

Trailer for "The Road." Cormac McCarthy's book was excellent; I'll reserve judgement on the movie until I've seen it.

Salon reports that bankers at Goldman Sachs are stocking up on ammo for personal protection because they fear the public will come gunning for them.

A CBS affiliate has assembled a slide show of 144 Jewish Hollywood stars.

A senior commodities trader was forced to take delivery of 28,000 tons of coal because he didn't close out the contract properly.

Detailed counterarguments regarding the running of the SETI program on high school computers.

"The daughter of Chester Smalkowski wanted to play basketball for the Hardesty Public Schools. She was forced from the team when she, an Atheist, refused to recite the Lord’s Prayer after a game as was required by the school. When the Smalkowski family complained about this unconstitutional practice, she was suspended..."

Probably the only column you will encounter that aggressively disses Mother Theresa.

A panoramic shot of Stonehenge. Shot from inside the bluestones. Click, hold, drag.

If you use Paypal, read this Consumerist column and the attendant comments for some useful guidelines.

A wonderful chess puzzle that involves "vertical castling." I had never heard of it before.