How many martinis is too many ? 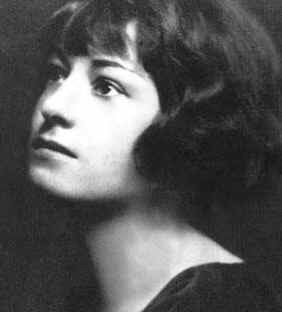 In this "immortal quatrain," Dorothy Parker explained that her limit was two:


“I like to have a martini,
Two at the very most.
After three I'm under the table,
After four I'm under my host.”

Intrigued by the quote, I checked the Wikipedia biography of a woman whose name I have heard, but about whom I knew nothing.  She was a widely quoted author, especially in the 1920s, known for her wit.  A collection of her work "was released in the United States in 1944 under the title The Portable Dorothy Parker. Parker's is one of only three of the Portable series (the other two being William Shakespeare and The Bible) to remain continuously in print."  Here are some of her famous quotes:


“If you want to know what God thinks of money, just look at the people he gave it to.”

“This is not a novel to be tossed aside lightly. It should be thrown with great force.”

“What fresh hell is this?”

“Tell him I was too fucking busy-- or vice versa.”

“This wasn't just plain terrible, this was fancy terrible. This was terrible with raisins in it.”

“I had been fed, in my youth, a lot of old wives' tales about the way men would instantly forsake a beautiful woman to flock around a brilliant one. It is but fair to say that, after getting out in the world, I had never seen this happen.”

“So, you're the man who can't spell 'fuck.'" (Dorothy Parker to Norman Mailer after publishers had convinced Mailer to replace the word with a euphemism, 'fug,' in "The Naked and the Dead.”) Addendum: Note this is possibly a misattribution, perhaps said by Tallulah Bankhead (hat tip to reader Michael Skeet).

“The best way to keep children at home is to make the home atmosphere pleasant, and let the air out of the tires.”

For her epitaph, she suggested 'Excuse my dust.'  Ironically "her ashes remained unclaimed in various places, including her attorney Paul O'Dwyer's filing cabinet, for approximately 17 years."  I've requested The Portable Dorothy Parker from the library.

Reposted from 2012 to provide some levity in the midst of pandemic and political news.

Addendum:  Here's a link for the Dorothy Parker Society.