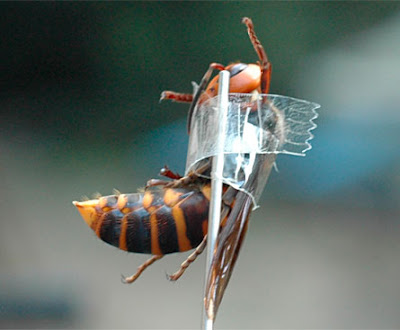 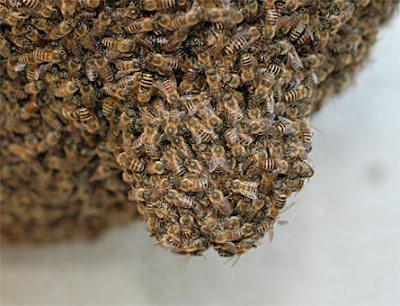 I had always thought that honeybees killed giant hornets by overheating them inside the "bee ball," but a new study reported in Science News suggests that the hornets may suffocate as well as overheating:

The researchers taped anesthetized giant hornets to gas detectors and thermometer probes to measure carbon dioxide concentrations and temperatures inside bee balls. When the probes touched open bee nests, the bees formed balls around the hornets. All 24 test hornets died within 10 minutes of bee ball formation, the team reports. Hornets bore no sign of stings, pointing to smothering as the cause of death.

In mammals high levels of environmental CO2 is an anaesthetic, as well as altering acid-base balance, so the lethal mechanism here may be quite complex. I'm just in awe of the fact that these small social insects have evolved such an effective defense mechanism.