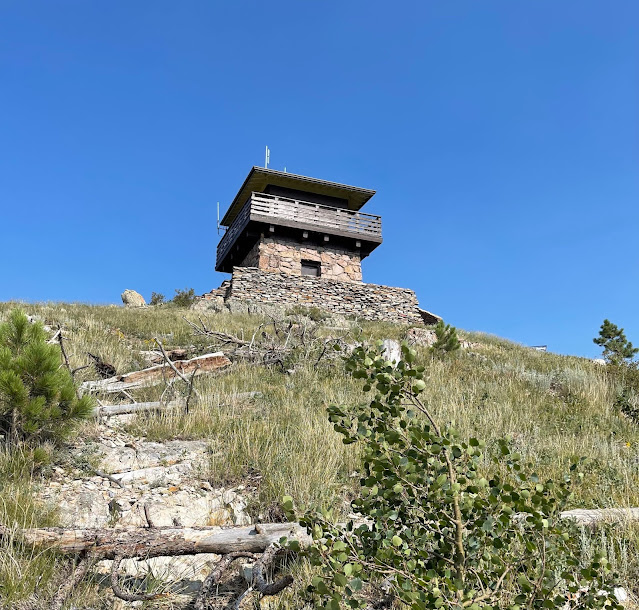 Because of self-imposed covid-related travel restrictions it has been several years since I've added new material to the Civilian Conservation Corps category of posts in TYWKIWDBI.  But friends, family, readers, and neighbors have kindly sent me photos, including this set from Custer State Park in South Dakota. 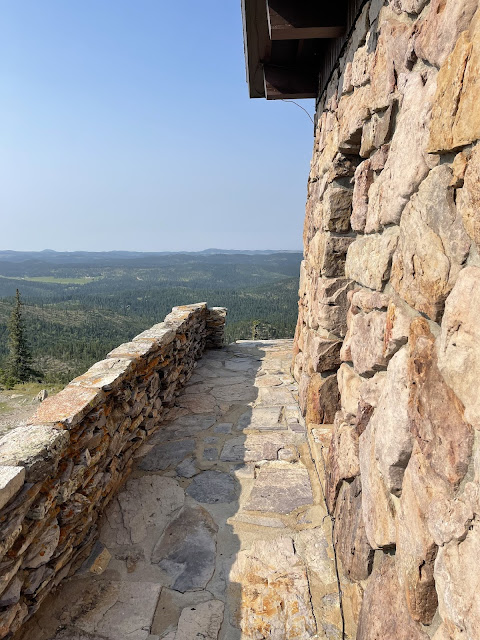 The stonework here is emblematic of the principles established for these projects across the country - stone rather than brick or concrete, and stone locally sourced rather than purchased from a commercial quarry.  The work would have been completed by teenagers and young men from around the country, under the supervision of a professional stonemason.
Hill City, South Dakota is the site of the CCC Museum of South Dakota, which is devoted to preserving the memory of the CCC.

The goal was two-fold: conservation of our natural resources and the salvage of our young men. The work of America's young men dramatically changed the future. More than 30,000 men contributed to the many significant projects in South Dakota and were able to help support their families back home. 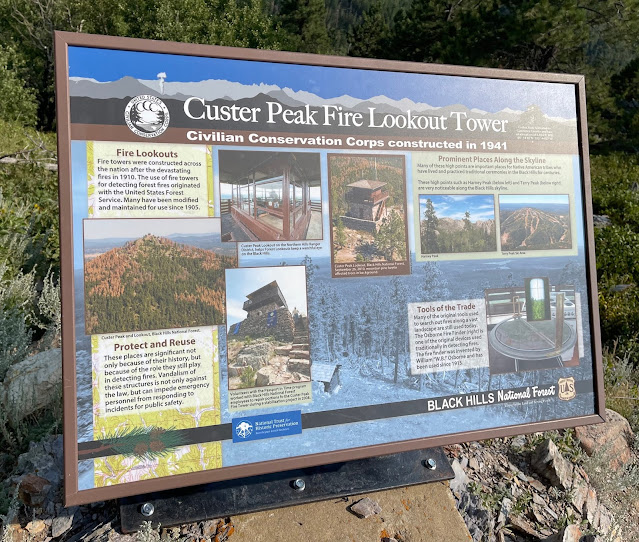 The objective of the CCs in Camps Pine Creek, Doran, Lodge, and Narrows (Robber's Roost) was not to improve on nature but to make it more enjoyable and accessible to the nature-loving public and to aid wildlife (1937)...
CCs developed recreation areas at Horsethief Lake, Stockade Lake, Center Lake, and Grizzly Bear camp ground and along French Creek near Blue Bell. They built the state museum, 17 cabins at Sylvan Lake, most of the buildings at the resort area of Blue Bell, and the custodian's 5-room log cabin and barn; installed sewer and water systems at Sylvan Lake, Blue Bell, Game Lodge and the Custodian's house; built the lookout tower and developed the scenic viewing area on Mount Coolidge; constructed bridges at Sunday and Palmer Gulches, the double arch bridge across French creek, and a pigtail bridge on Iron Mountain Road.
In addition, the CCs cleaned and landscaped many miles of park road, built the park telephone system , developed other scenic points, foot trails, and bridle paths and did considerable work at the zoo and state farm. They erected over 50 informational signs, exterminated bark beetles on thousands of acres, built many fire trails, and extinguished numerous forest fires.

A visit to South Dakota is on my bucket list.