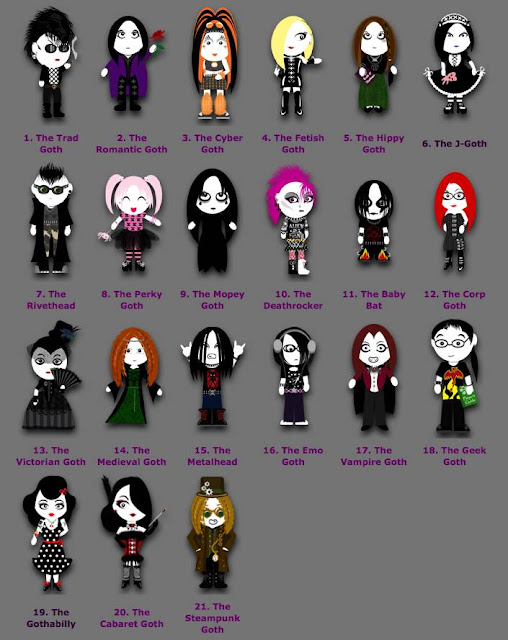 Reposted from 2009 because I ran across this video of a Goth rave at a funeral...

... which naturally got me wondering about the gas masks.  I found the best information at a Vice article entitled Why Cybergoth Refuses to Die:


Too creepy for the ravers, too neon for the goths, cybergoths occupied a new space entirely. With shaved eyebrows, colored contacts, and cyberlox—synthetic dreadlocks—they listened to industrial music or industrial-dance...

Cybergoth began its decline in the late noughties. Jilly's shut down, as did much of Manchester's thriving clubbing scene, and organized raves became an anomaly...

Their online presence is declining, too: the cybergoth subreddit has barely any updates and 'cybergoth confessions' Tumblr stopped posting two years ago. It's rare to see a flash of neon cyberlox or space goggles on the streets anymore... It's more likely that it's just operating in a different space.

The original cybergoths, meanwhile, have grown up. Sarah is now a mom to a small child and can't go clubbing anymore—"even if I could afford the time or money"—and can't keep up with expensive alternative brands...

"The gas mask thing, people generally laugh at nowadays too. It was very 2004, but not in right now." Goggles, on the other hand, are just about acceptable.

And I don't mean to mock, but I did have to chuckle when I encountered this Onion-like item: 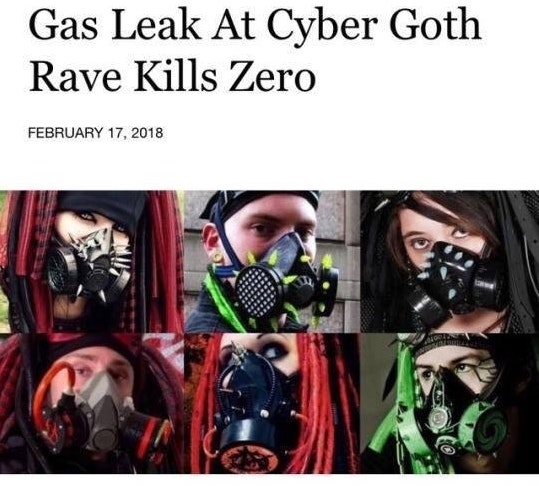 Best to close with Miranda's exclamation in The Tempest:


Miranda:
O wonder!
How many goodly creatures are there here!
How beauteous mankind is! O brave new world
That has such people in't! 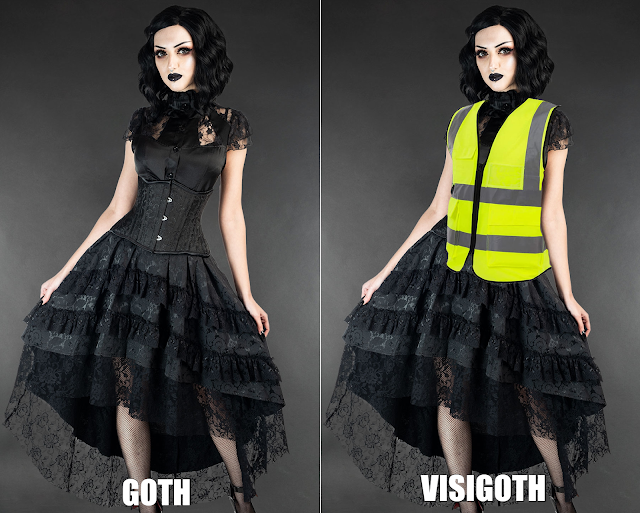