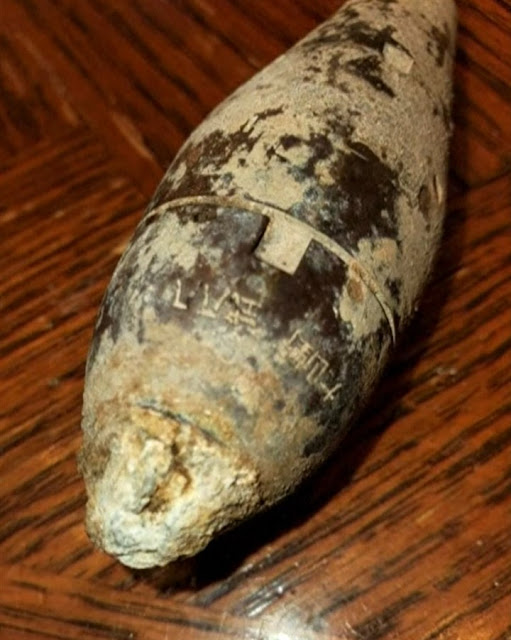 As reported by NBC News:

A Missouri woman was out gardening in her yard last week when she discovered something unexpected in her grapevines — a World War II era Japanese bomb.
Lovett was using the Google Lens tool to try to identify the strange object, which Coffey initially thought was a deep sea diving weight. The online search led them both to realize it was likely a bomb... It was determined that the bomb, even in its old age, was live and still had a 500-ft. blast range. "It wasn't just the shell. This thing was live. They confirmed it," said Coffey.
There is still no reasonable explanation as to how this bomb could have wound up buried on their property...

A tip of the blogging cap to a reader for finding an NPR article about Japanese balloon bombs.