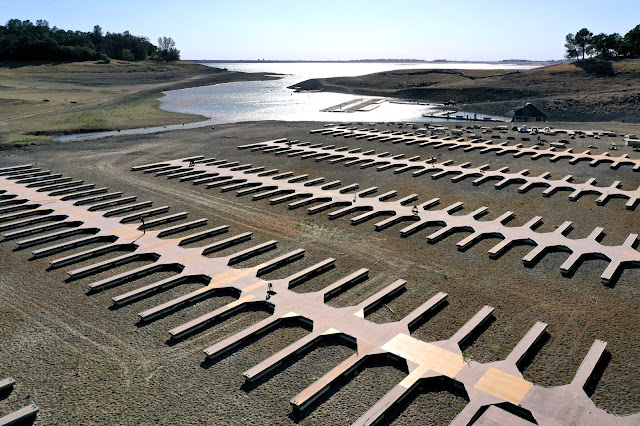 It's a res ipsa loquitur image, but you can read more about the ongoing (and worsening) drought in the western states in the New York Times.

According to the United States Drought Monitor, 84 percent of the West is now in drought, with 47 percent rated as “severe” or “extreme.”
The situation in some states is particularly dire. In Utah, 90 percent of the state is in the two most severe categories; in Arizona, 87 percent; North Dakota, 85 percent; New Mexico, 80 percent; and California, 73 percent.
Experts do not see much prospect for improvement, as another hot and dry summer is forecast. Rather, they expect conditions to worsen.

My part of Wisconsin is experiencing a moderate drought: 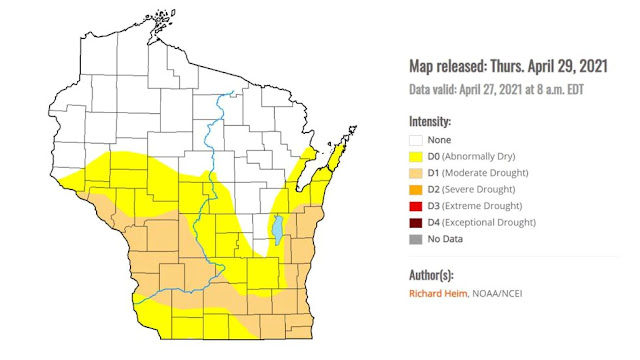