About those towers on the Sears warehouses 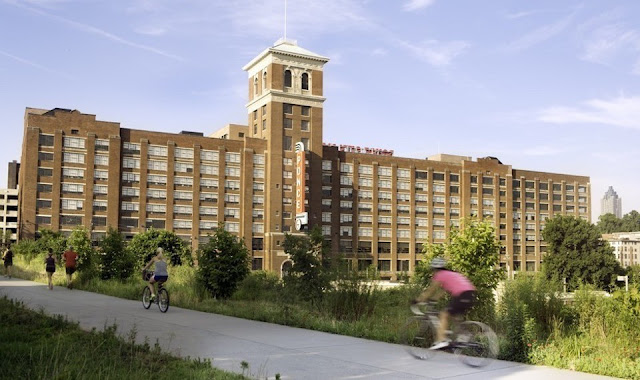 I remember the massive Sears building in Minneapolis.  In my childhood it was an iconic structure.  The Atlantic has an article about how such buildings around the country are being repurposed.  One particular item caught my eye:


As a hybrid of store and warehouse, the plants were the physical embodiment of the company’s pivot from rural-focused mail-order catalogues to urban and suburban retail stores...


The plants’ locations also speak to this transitional moment. They were built at what was then the edge of town, adjacent to rail lines. Land was cheap and parking plentiful in these areas, but they were still closer to the urban core than many early car-oriented bedroom communities, says Jerry Hancock, an amateur Sears historian.

Plants were among the largest buildings by square footage in their cities, if not the largest outright. They usually clocked in at a million square feet or more. Their art deco flourishes and iconic “Sears towers”—not to be confused with the company’s eventual headquarters in Chicago—made them local landmarks. (The towers, Hancock explains, were built to hold the plant’s cistern, providing maximum water pressure during break times on the warehouse floor, when hundreds of workers would use the bathroom at the same time.)