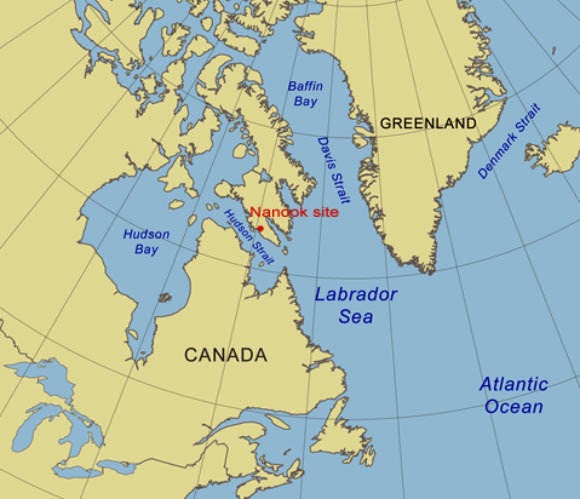 A stone artifact (apparently part of a crucible) containing traces of molten metal has been found in subarctic Canada.


Dr Sutherland and her colleagues from the Geological Survey of Canada-Ottawa and Peter H. Thompson Geological Consulting Ltd have now discovered that the interior of the vessel contains fragments of bronze as well as small spherules of glass.

The object, according to the scientists, is a crucible for melting bronze, likely in order to cast it into small tools or ornaments. Indigenous peoples of northern North America did not practice high-temperature metalworking...

According to the team, small ceramic crucibles were employed in nonferrous metalworking throughout the Viking world. “We are aware of only one stone crucible, which was recovered from a Viking Age context in Rogaland, Norway.”

The extrapolated shape of the complete crucible could have allowed it to fit into the keel of a ship.

I'm pleased to note that the location is about midway on the voyage from their known settlement at  L'Anse aux Meadows to the southern end of Hudson Bay, from whence the Vikings would have been able to head south into Minnesota...