"I do not want to be the one who tries to tell somebody else what life is all about. To me it’s a complete mystery." 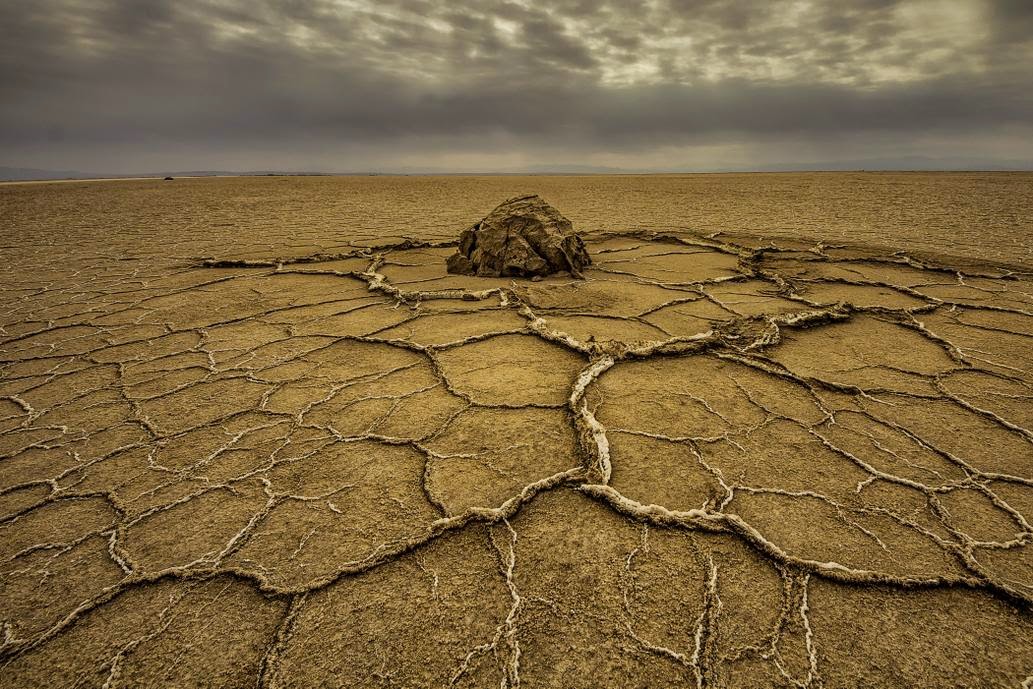 BoingBoing offers a comprehensive report entitled Everything you need to know about marijuana edibles.  "It’s important for individuals to develop an idea of how they personally metabolize any oral cannabis preparation, starting with a very small dose and remaining patient until it’s thoroughly metabolized over six hours, before taking more... individuals only having experience with the low-potency cannabis of the Seventies and Eighties can be unpleasantly overwhelmed when consuming today’s cannabis."

This autumn in a garden outside the House of Commons in Westminster a gardener was employed to pull the leaves off the trees one by one.  Photo at right.

The Telegraph offers a comprehensive list of all the winners of the Man Booker Prize from 1969 to 2013.  Each one is accompanied by a thumbnail sketch, often with a link to a comprehensive review of the book.  I'm embarassed at how few of them I've read.


The population of Germany is falling; it is down by 2 million.  "Mr. Voigt has already supervised the demolition of 60 houses and 12 apartment blocs, strategically injecting grassy patches into once-dense complexes... In its most recent census, Germany discovered it had lost 1.5 million inhabitants. By 2060, experts say, the country could shrink by an additional 19 percent, to about 66 million.  Demographers say a similar future awaits other European countries, and the issue grows more pressing every day as Europe’s seemingly endless economic troubles accelerate the decline." 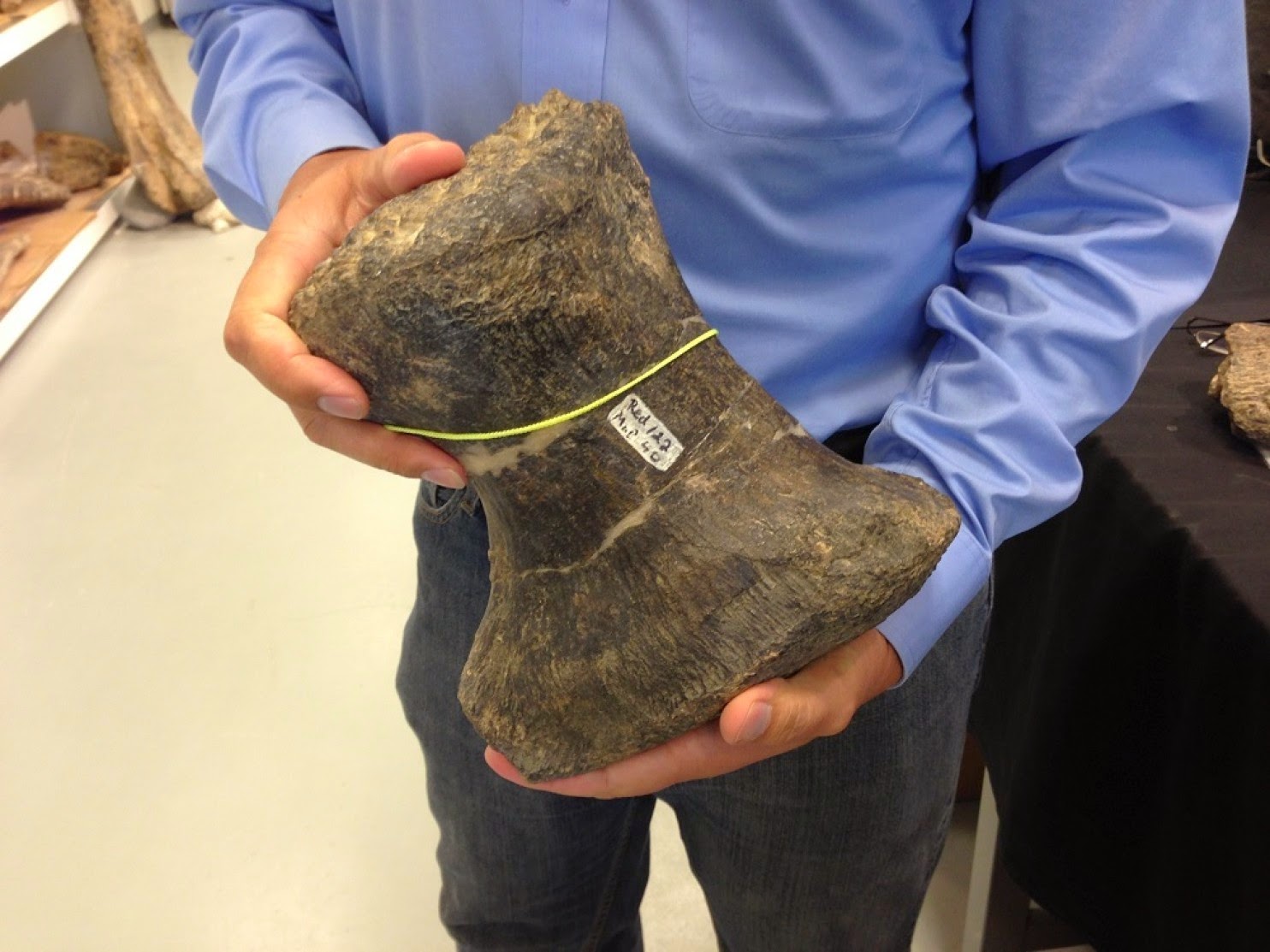 A dinosaur newly discovered in Argentina - Dreadnoughtus schrani - is the largest animal ever found (so far).  It weighed 65 tons (a Boeing 737 weights 50 tons).  The photo at left shows a toe bone.

A desert plant plant, Helianthemum squamatum, can derive up to 90% of its fluid requirements from crystallization water (hydrates) trapped in gypsum rock.  Discussed at Reddit.

The Belgian chocolate maker ISIS has decided to change its name.

One appears to be gray and the other yellow, but these two Xs are the same color: 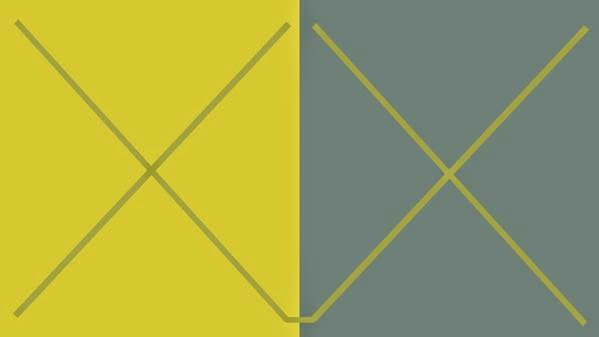 A vaccine has been developed to prevent tick-borne Lyme borreliosis.  Commentary at Reddit.

Those readers who have been following developments in the Antikyhthera mechanism will want to read about an update on the subject.  The date it was constructed to be used was 205 B.C. - earlier than previously thought.

Millennials are not interested in golf.  "Last year alone, some 400,000 people gave up the sport in the U.S., according to the National Golf Foundation. At least 160 golf courses closed down, which marked the eighth consecutive year of net closings around the country. Golfers played the lowest number of rounds since 1995." 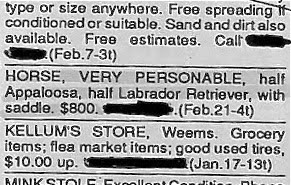 If you live in Europe and find an unusual object washed up on the beach, with the word "Tjipetir" written on it, you can read an explanation of it in the Washington Post.

The top (by Ali Akbari) and bottom (by Adam Williams) photos in this post are two of the 101 images presented in the 2014 International Landscape Photographer of the Year Competition. 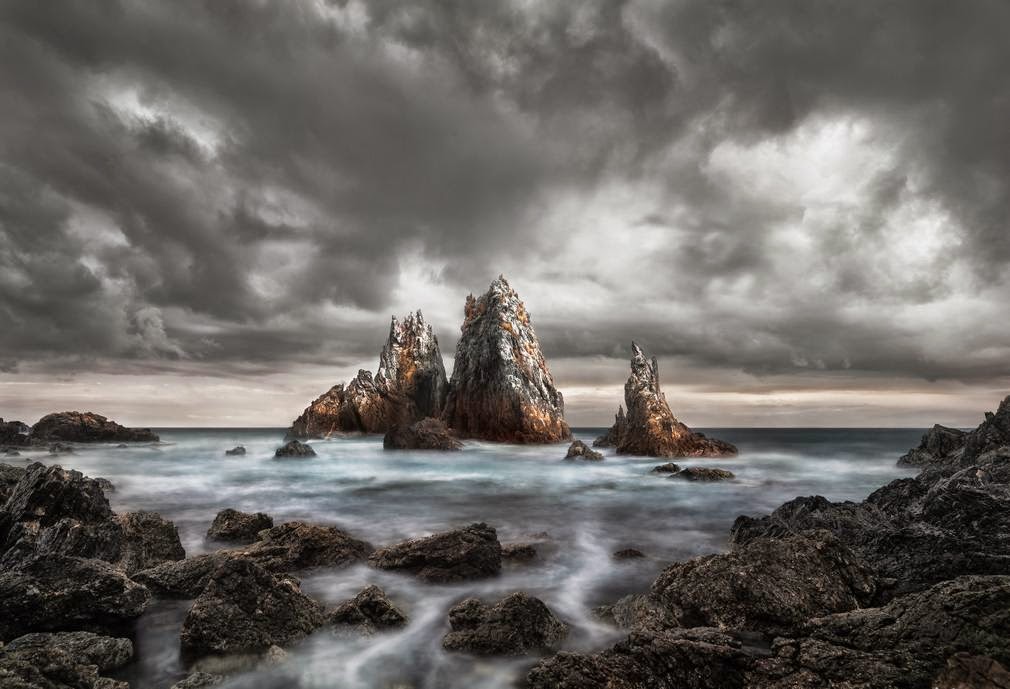