All the planets would fit between the earth and the moon 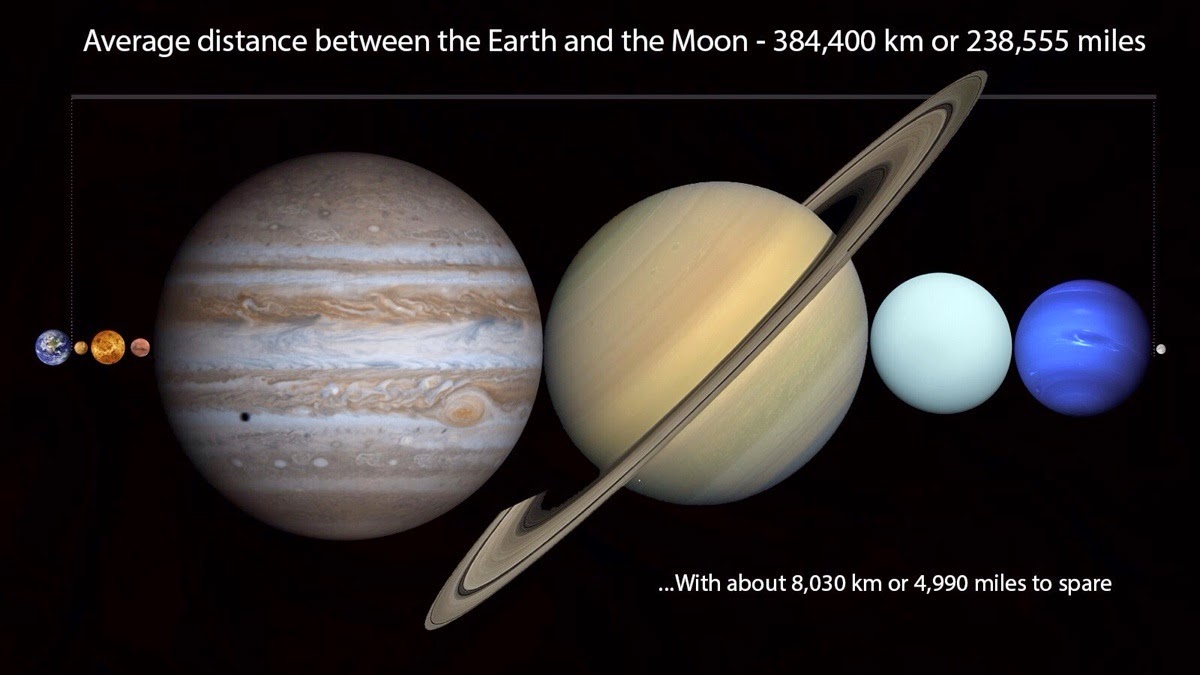 And what a view that would be.  At low tide.


I pulled my numbers from NASA’s Solar System Fact Sheets, and they’re a little different from the original infographic, but close enough that the comparison is still valid.

Image and text from Universe Today, via reader Adrian Morgan's The Outer Hoard.

The question I have (for any budding planetary scientists out there) is how is it possible to measure the diameter of a gas giant planet like Jupiter?  I understand all the data in the table are expressed as "average diameter" because even the Earth is not round, but the Earth's diameter is measured on a solid.  How can data be obtained on a gas giant, where the gases would (presumably) gradually thin out as one gets further from the center.  It seems ridiculously presumptuous to express such data to a precision of 1 km.

That aside, the concept of all the planets fitting between us and our moon is still mind-boggling.