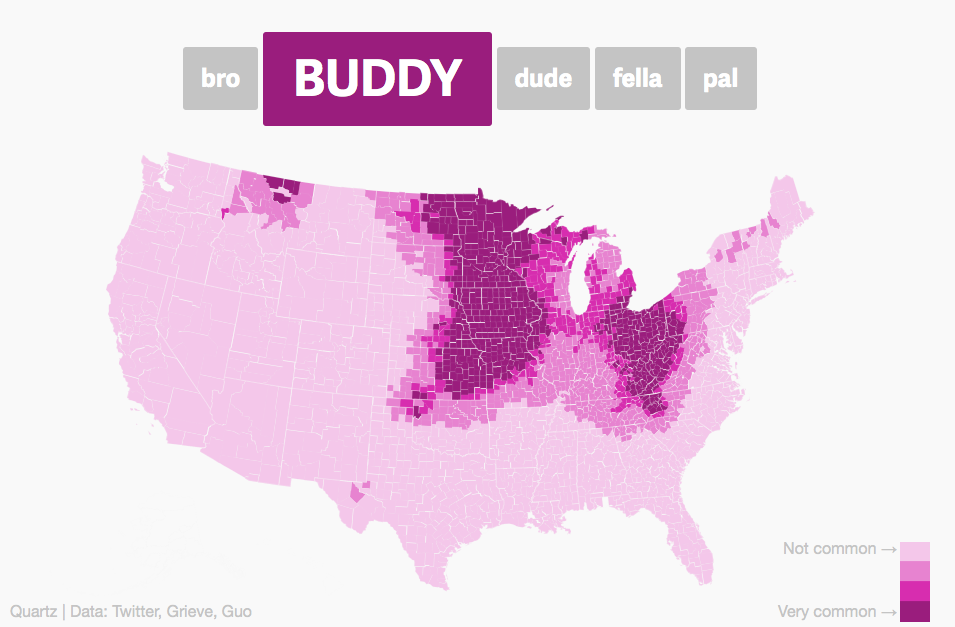 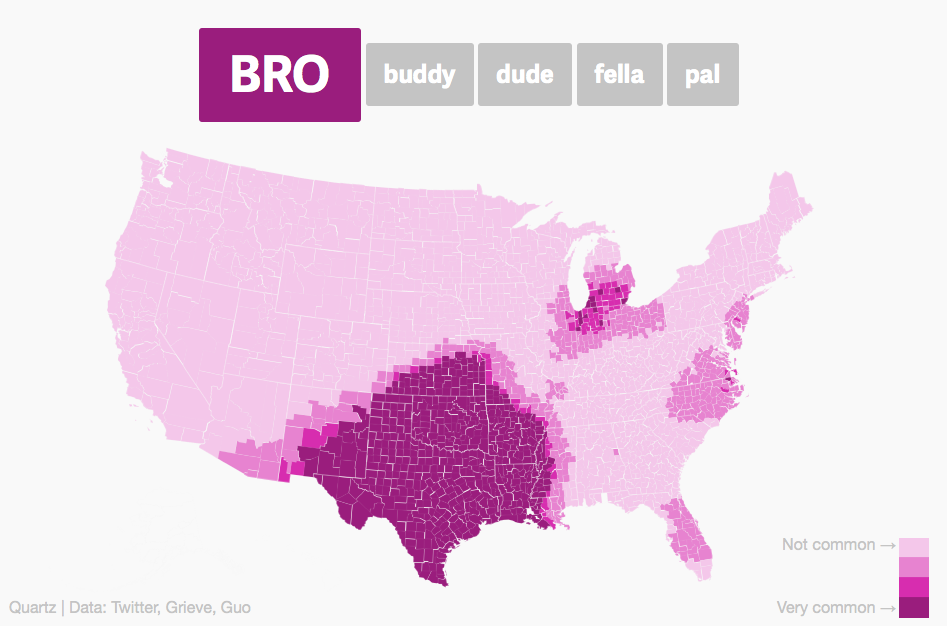 Posted not for the information per se, but rather to illustrate that linguistic maps can now be generated from analysis of Twitter data.

To generate the maps, Grieve first searched for occurrences of these words in the dataset. Once he identified word uses and their locations, he used hot-spot testing, a common technique in spatial analysis. It uncovers geographic trends in data by clustering together nearby areas with similar results.

Tweets are first adjusted by the population of the counties from which they were sent. Then, the frequency of tweets for a given county is compared to nearby counties...

For the distribution of "dude" and for some caveats on the methodology, see the source article at Quartz.