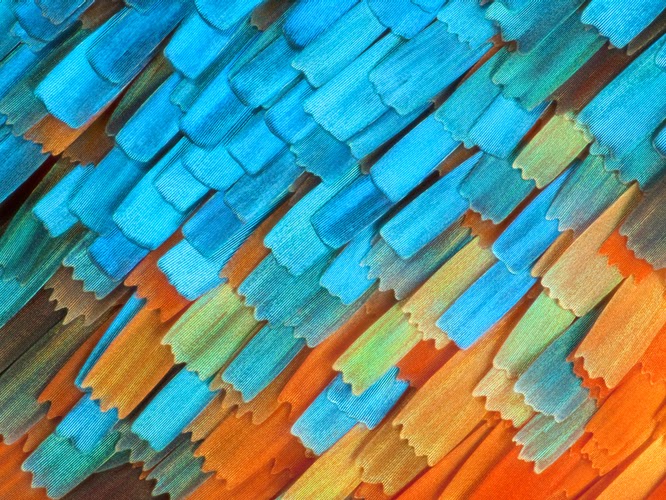 Model-turned-weathergirl Doria Tillier surprises viewers by following through with her promise to present the weather report in the nude if France qualified for the World Cup (video at the link).

Audio of the Boston Symphony's response to JFK's assassination:


Gasps and screams of shock can be heard after the statement of JFK’s death, and after the change of programme is announced there is a general panicked hubbub that takes its time to subside. Then, as the orchestra begins its funeral dirge more slowly than is usual, every note throbbing with pain, there is only a numbed quiet as the news, the awful reality, sinks in.

Russians use a clever human-powered winch to retrieve a Honda SUV that had gone through the ice on Lake Baikal.


Eriksson didn’t realise it then, but he was embarking on one of the internet’s most enduring puzzles; a scavenger hunt that has led thousands of competitors across the web, down telephone lines, out to several physical locations around the globe, and into unchartered areas of the "darknet”. So far, the hunt has required a knowledge of number theory, philosophy and classical music. An interest in both cyberpunk literature and the Victorian occult has also come in handy as has an understanding of Mayan numerology.

An artist has "made headlines by assembling picture frames made of human placentas. She does it by boiling a whole placenta, grinding it into pieces, mixing it with resin, then shaping the mixture into a frame. It’s a keepsake for new parents, like a baby’s first blanket."

gif of an exploding whale (on shore and dead, full of the gases of decomposition).  I also found this report of the event while trying to research the name of the tool used to cut the whale open (I remember it starts with FL---) [flensing knife - hat tip to reader Oreneta].

I've written I think several posts in the past about how classical artists such as Vermeer almost certainly used camera obscura to help compose their paintings.  Vanity Fair has a long, detailed, well-written article on this subject.

Aerial photography reveals that a British housing development from the 1950s is shaped like a set of male genitalia; residents wonder what the effect will be on their home prices.

An op-ed piece at The Telegraph argues that wind farm noise is not insignificant and that government officials are covering up the problem.

gif of a rider on a scooter crashing multiple times during one crossing of an intersection.  The fifth one is the best.

A study of the distribution of coprolites indicates that some dinosaurs used "communal latrines."  Apparently this is not unexpected: "Elephants, antelopes and horses are among modern animals who defecate in socially agreed hotspots - to mark territory and reduce the spread of parasites." You learn something every day.

Yet still another list of best movies.  In this one, critic Barry Norman lists (alphabetically) the best 49 British films.  Readers were invited to choose the 50th (they voted for Slumdog Millionaire).

The "world's most frustrating tongue twister" is claimed to be "pad kid poured curd pulled cold."  If anyone cares.

Frankly scary footage of how car thieves can use modern technology to pop open the locks of modern automobiles.

A Reddit column in which disabled persons are asked "what are some things that people do to try and help you but actually irritates the hell out of you?"  Some interesting replies.

Twenty-seven lifehacks involving food (some of them very clever).

Evidence of European contact with New Zealand [delivering food to the natives] before Captain Cook's arrival.

Most people don't realize that it is very, very difficult to castrate a hippopotamus:


The testes are inside the body, instead of outside in a scrotum. (Other mammals in the internal-testes club, since you asked, include the armadillo, sloth, whale, and platypus.) This makes the hippo's testes totally invisible from the outside. Combined with a penis that the paper's authors describe as "discreet," it means it's hard to tell males from females at a distance.

When should you use "utilize," or should you just utilize "use"? ("the real problem is the new twist in the rule's formulation -- the idea that if utilize means "repurpose" it can only mean that, and plain old use can never mean that...)

Now you can listen to "the sound that no turbine technologist ever wants to hear."

Logos marking the male and female bathrooms in a pizza place (the slice seems disproportionately large, but we'll let that go).

An interactive birdsong poster (click on the bird, hear the song) from the Minnesota DNR.

A report from the Pew Research Center on how Americans value libraries.

When it sheds its skin during molting, one Australian caterpillar attaches its old head capsules onto its head.

Classic internet games from the 1970s and 1980s are now available online via the Internet Archive. 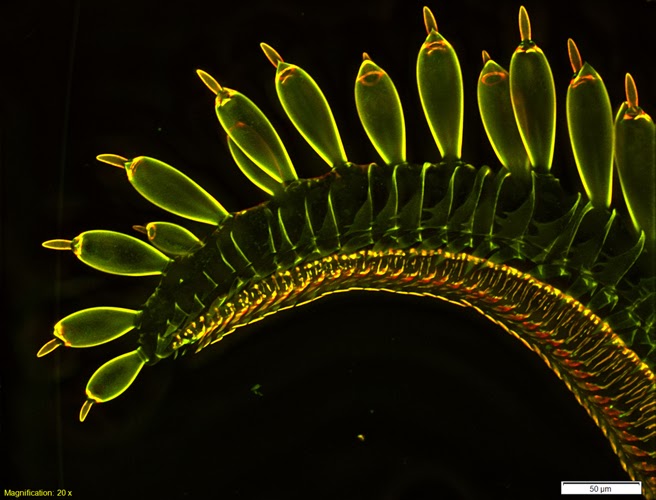