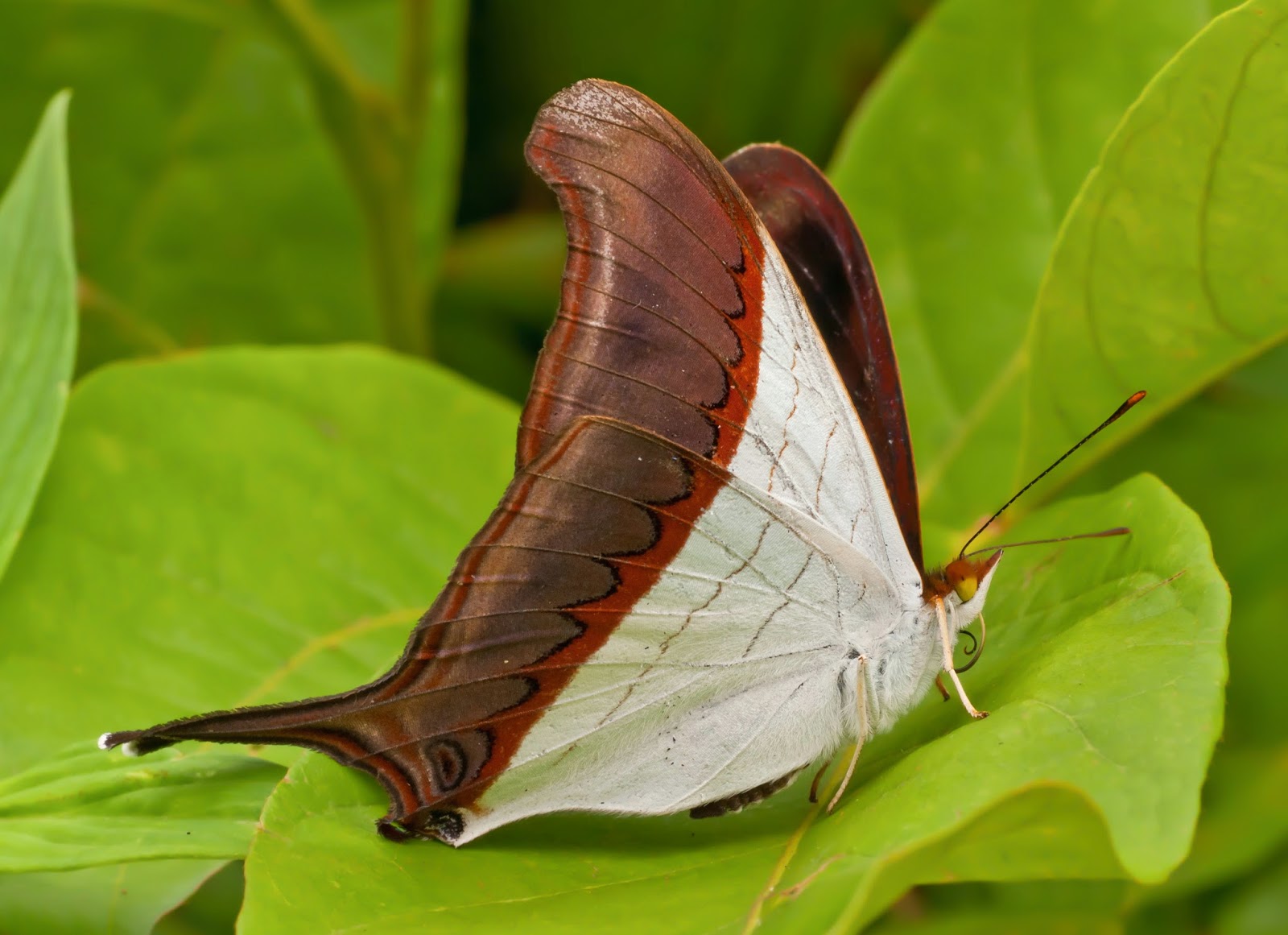 From the Wikipedia entry on this strikingly-patterned Mesoamerican butterfly (Marpesia zerynthia):


During hot weather the butterflies flutter constantly and feed with wings erect or partially open. When the conditions are cooler they hold their wings completely outspread for insolation, making it possible to observe the dark brown coloration of the ventral surface of the wings.

I had a brief moment of befuddlement as I encountered the word (which quickly made sense when I focused on the "sol"), then decided to read more about the phenomenon.  For those who enjoy hard science, I would recommend Behavioral Thermoregulation by High Arctic Butterflies (pdf).  And for those of the TLDR persuasion there is a concise summary at Learn About Butterflies (scroll down).

All of us who chase butterflies know that they are exquisitely solar-powered creatures whose behavior is strongly influenced by sunlight.  It's a common experience to encounter butterflies "basking" with their wings spread out horizontally and aimed directly at the sun, as this early-spring, cool-morning flier (a Mourning Cloak, aka Camberwell Beauty) exhibited on a tomato stake in our garden: 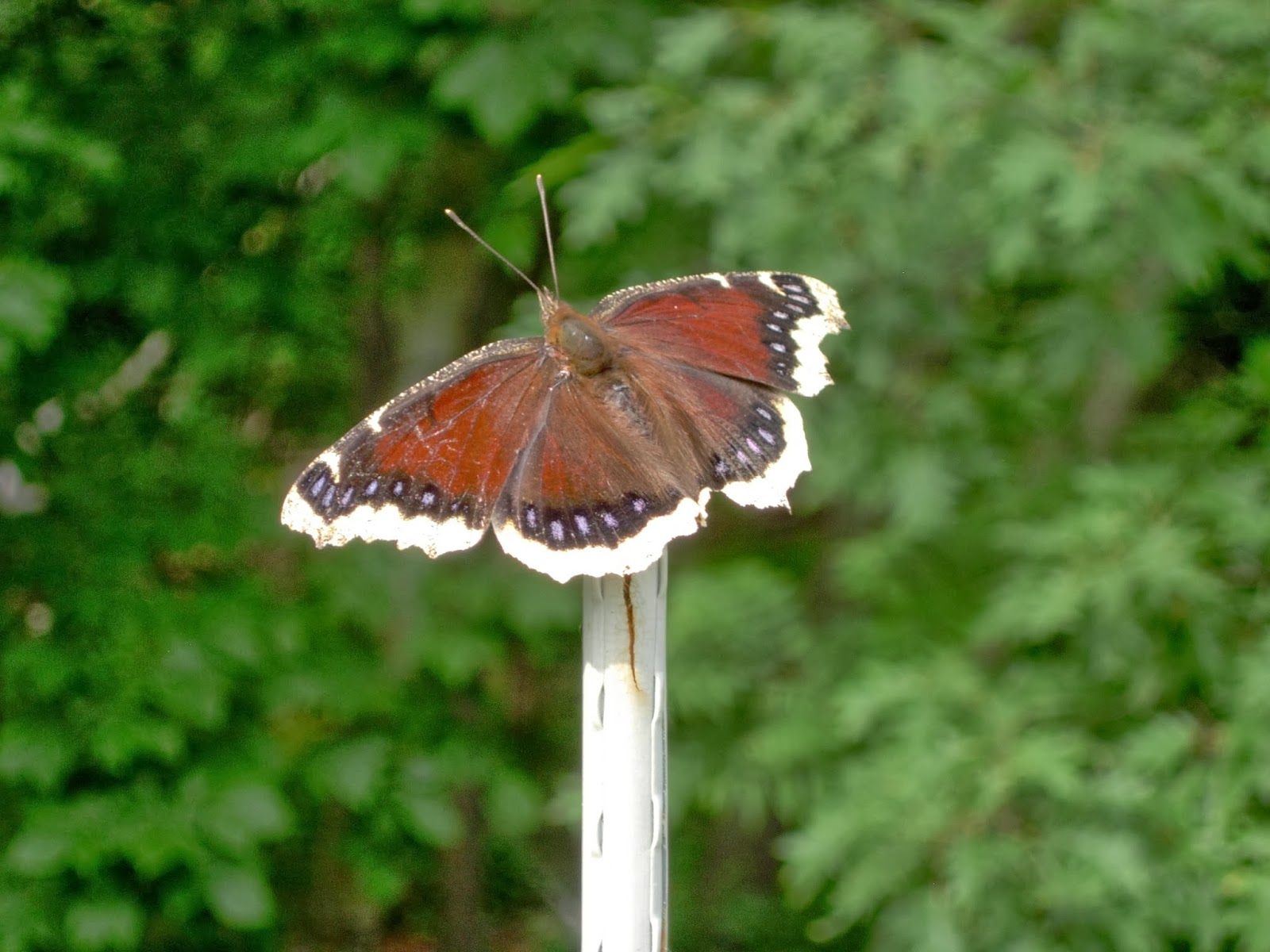 Some butterflies have evolved elaborate mechanisms to enhance their ability to capture solar energy.  Green Birdwing butterflies have portions of their wings in "ultrablack" - a type of "structurally assisted blackness" in which the wing scales are honeycombed and grooved to minimize reflectance of light.

Most butterflies will, like the Mourning Cloak, exhibit dorsal basking, but others do so with the wings upright:


Some butterflies, such as Clouded Yellows, Graylings & Green Hairstreaks, always keep their wings closed when at rest, and adopt another technique known as lateral basking. In cool conditions they bask by tilting their wings over to one side, so as to present the maximum area of wing surface to the sun. Conversely, when they get too hot, they tilt in the opposite direction so that their wing surfaces are parallel to the sun's rays, and present the minimum surface area to the sun.

The Whites, Blues and Coppers have wing surfaces which reflect, rather than absorb solar energy. Consequently they bask with their wings half open, so that the heat produced by sunlight falling on the dark thorax is contained within the "cage" of the half-open wings, rather than being dispersed on the breeze. This behaviour is called reflectance basking [or "body basking"].

The fourth technique (discussed in the article on arctic butterflies) is to use ground contact, "restricted to species living in places where bare ground is part of the natural environment (e.g. arctic and alpine tundra), the butterflies appress themselves to the substrate and absorb conducted, convected, and radiated heat."

The hairiness of the butterfly's body helps retain heat by trapping air in a windy environment.  And a final note: "...on hot days they need to find ways of keeping cool. Forest-dwelling species simply hide beneath leaves, while species that inhabit open areas often fly into bushes to seek shade, or enter rabbit burrows."