Pondering the proper use of XOXOXOXOXO

From an essay in The Atlantic:


The use of xo to denote hugs and kisses dates back to at least 1763, when The Oxford English Dictionary first defined X as "kiss," but e‑mail and social media have provided a newly fertile habitat... 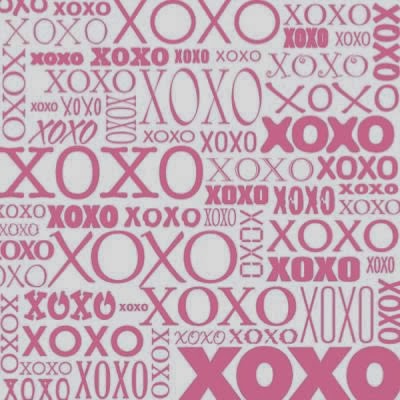 At first, its virtual identity was clear: a pithy farewell, sweeter than See you later, less personal than Love. Men could xo their wives. Girlfriends could xo girlfriends. It was a digital kiss—meant, of course, for somebody you’d actually kiss. But soon enough, nonstop e‑mails and IMs and tweets began to dilute its intimacy factor. “You could compare [it] to how the epistolary greeting Dear changed over time, originally just for addressing loved ones but eventually becoming neutral,” says Ben Zimmer, a linguist and lexicologist...

This gender divide has spawned a new breed of etiquette dilemmas, especially in the workplace. Can xo-ing colleagues shore up office alliances, or does the practice cross a line? Does one run the risk of being labeled a bitch for refusing to reciprocate? And what happens if a woman accidentally xo’s her male boss?

He almost certainly wouldn’t xo back, for fear of coming off as unauthoritative, unprofessional, or just plain creepy. Zimmer says he would never dare xo anyone but his wife (though the female editor of his Boston Globe column xx’s him frequently). Most men say xo has become so feminized, they wouldn’t even consider using it. “I’ve never signed an e‑mail, letter, text, stone tablet, smoke signal, or any other form of communication with xo,” says Brett Webster, a television producer in L.A. “Rightfully or wrongfully so, I would assume a guy who includes xo in correspondence is gay. Or a football coach.”

And, as always, I leave more at the source link.