From her essay "Why I Like Stamp Collecting" (Minkus Stamp Journal, 1971):


The pleasure lies in a certain special way of using one’s mind. Stamp collecting is a hobby for busy, purposeful, ambitious people – because, in patterns, it has the essential elements of a career, but transposed to a clearly delimited, intensely private world…. A career requires the ability to sustain a purpose over a long period of time, through many separate steps, choices, decisions, adding up to a steady progression to a goal…. Purposeful people cannot rest by doing nothing…. They seldom find pleasure in single occasions, such as a party or a show or even a vacation, a pleasure that ends right then and there, with no further consequences. 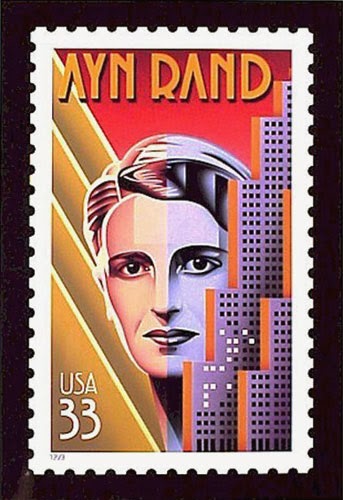 The minds of such people require continuity, integration, a sense of moving forward. They are accustomed to working long-range…. Yet they need relaxation and rest from their constant, single-tracked drive. What they need is another track, but for the same train – that is, a change of subject, but using part of the same method of mental functioning. Stamp collecting fulfills that need….

In stamp collecting, one experiences the rare pleasure of independent action without irrelevant burdens or impositions. Nobody can interfere with one's collection, nobody need to be considered or questioned or worried about. The choices, the work, the responsibility - and the enjoyment - are one's own. So is the great sense of freedom and privacy.

People cannot interfere, but they can be very helpful and generous. There is a sense of "brotherhood" among stamp collectors, of a kind that is very unusual today: the brotherhood of holding the same values...

The pursuit of the unique, the unusual, the different, the rare is the motive power of stamp collecting. It endows the hobby with the suspense and excitement of a treasure hunt - even on the more modest level of collecting, where the treasure may be simply an unexpected gift from a friend, which fills the one blank spot, completing a set...

In all those years (when not active in stamp collecting) I had never found a remedy for mental fatigue. Now, if I feel tired after a whole day of writing, I spend an hour with my stamps albums and it makes me able to resume my writing for the rest of the evening. A stamp album is a miraculous brain-restorer.

Email ThisBlogThis!Share to TwitterShare to FacebookShare to Pinterest
Labels: philately