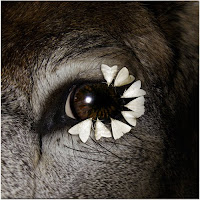 "The highly specialized Lobocraspis griseifusa does not wait for an animal’s eyes to moisten. When it has landed, it sweeps its proboscis across the eye of its unfortunate host, irritating the eyeball, encouraging it to produce tears. It can even insert its proboscis between the eyelids, ensuring it can feed even while its host is sleeping. Whereas a moth of the genus Poncetia goes to the opposite extreme. It’s proboscis is so short it must cling to the eyeball itself to drink. But it must be careful. If its weeping host blinks, the moth is often crushed to death.”

I've never personally had butterflies come to my face, but it's not uncommon when in the field for them to land on a shirt or arm eager to get some salty sweat.  Here is a Common Wood Nymph exploring the interstices of the strap on my trekking pole: 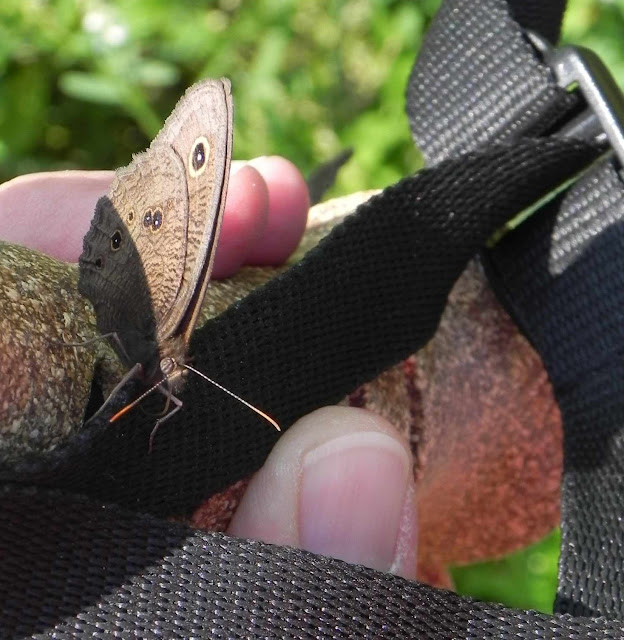 Reposted from August 2010 to add this interesting photo of lachryphagous bees: 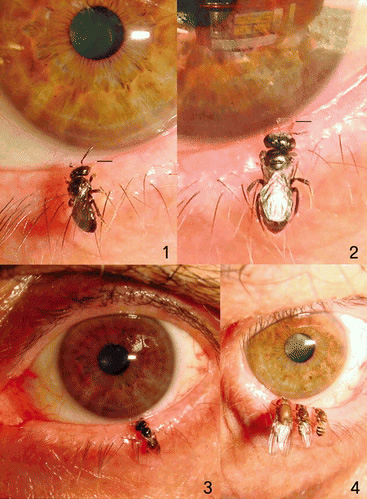 In a very few cases the approach was so gentle that the host (H.B.) did not realize he had a Lisotrigona attached to his lid, imbibing his tears. After landing and whilst sucking tears, H.B. often could barely feel the presence of a bee; indeed, checking by mirror was then required to make sure whether it was still there or had left.

However, when several bees were involved, the experience was rather unpleasant, causing strong tear flow. Once a bee had settled and more were approaching, these tended to settle near each other in a row. Closing the eye did not necessarily dislodge bees but some continued to suck at the slit. They were even able to find and settle at closed eyes.

Reposted from 2012 to add this remarkable photo of a caiman: 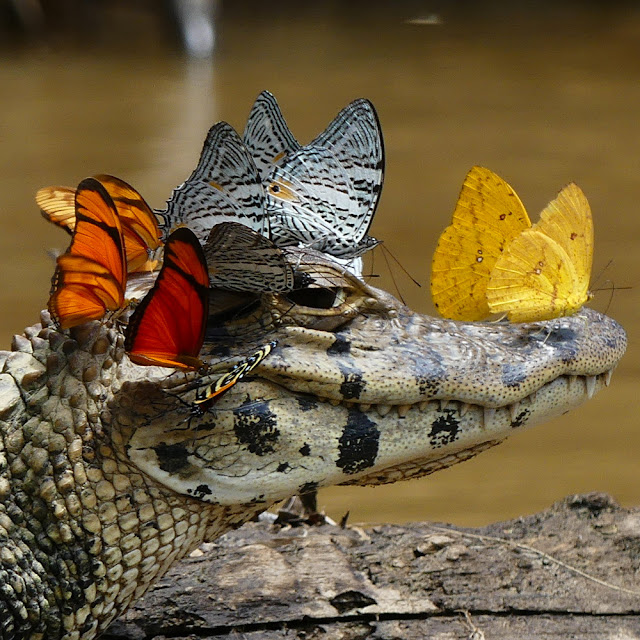 "While traveling through the Amazon to study reptile and amphibian diversity with the Herpetology Division at the University of Michigan, photographer Mark Cowan happened upon a strange sight: a caiman whose head was nearly covered in butterflies."

And this one of a Julia on a turtle's eye: 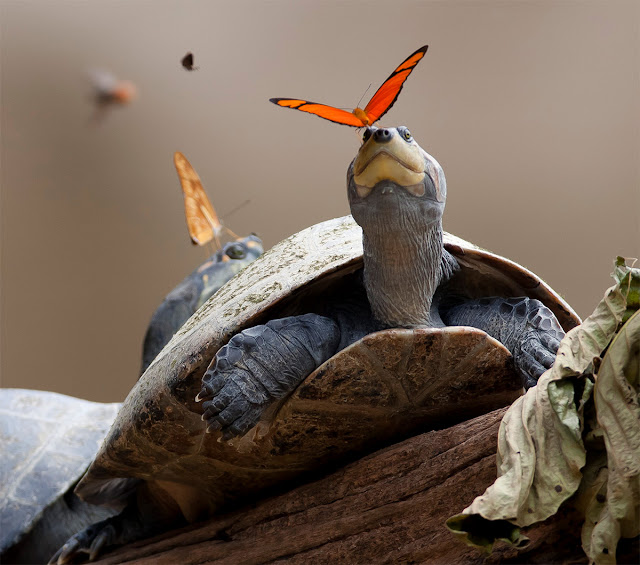