The urbanization of Africa 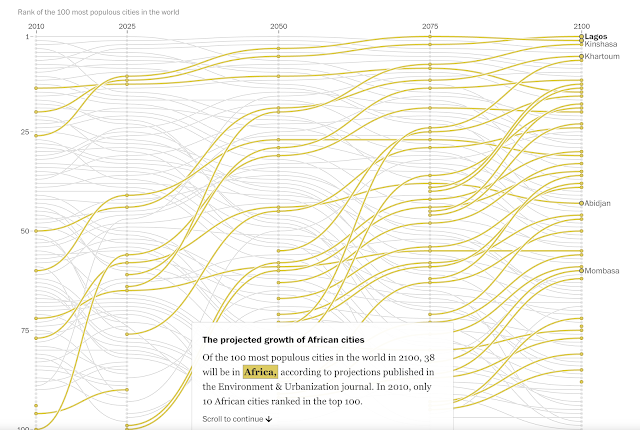 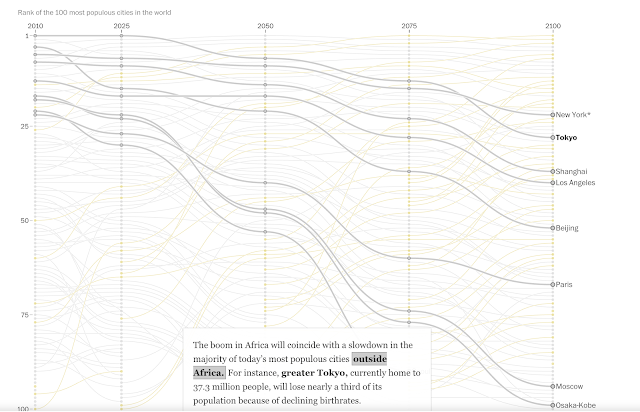 Far and away the most awesome article I've encountered this week is a longread at the Washington Post about the urbanization of Africa.  And when I say longread, I mean long - potentially hours to absorb all the material.  But the presentation incorporates outstanding graphs, maps, and gif visuals.
I would bet that most Americans interviewed on the street would view Africa as a vast jungle with a desert on top, and I think American and European policymakers share that sentiment.  Chinese policymakers and businessmen are not blind to the continent's potential: 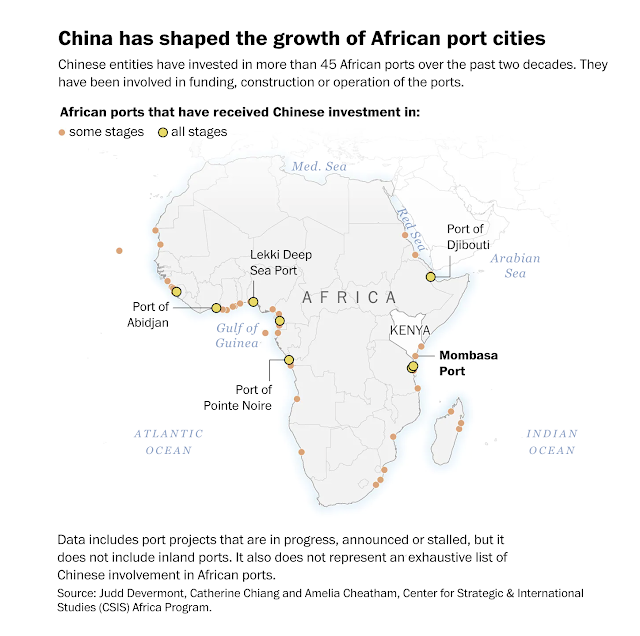 A major difference between Chinese and United States planning is that the Chinese plan decades in advance; Americans formulate policies based on the next election cycle.  For many years the Chinese have poured vast resources into Africa, building geopolitical influence and also gaining access to the enormous untapped mineral and natural resources of the continent.  Western countries ignore this at their peril.
The article is TMI for almost everyone, but it's worth a click and a scroll down the page.
See also China in Africa:win-win development, or a new colonialism?  Hat tip to reader Kolo Jezdec.