The "tears in rain" soliloquy

"I've seen things you people wouldn't believe. Attack ships on fire off the shoulder of Orion. I watched c-beams glitter in the dark near the Tannhäuser Gate.

All those moments will be lost in time, like tears in rain."

I suppose I watched Blade Runner two or three times before I finally came to view this very brief soliloquy by the replicant as one of the key thematic moments of the film.


Hauer, director Ridley Scott, and screenwriter David Peoples asserted that Hauer wrote the "Tears in Rain" speech... In his autobiography, Hauer said he merely cut the original scripted speech by several lines, adding only "All those moments will be lost in time, like tears in rain" although the original script, displayed during the documentary, before Hauer's rewrite, does not mention "Tanhauser Gate"...

Hauer said that these final lines showed that Batty wanted to "make his mark on existence... the robot in the final scene, by dying, shows Deckard what a real man is made of."

When Hauer performed the scene, the film crew applauded and some even cried. This was due to the power of the dying speech coming at the end of an exhausting shoot.

Reposted from 2017 because today is Roy Batty's birthday ("incept date") - as documented by this screencap from an early scene in the movie: 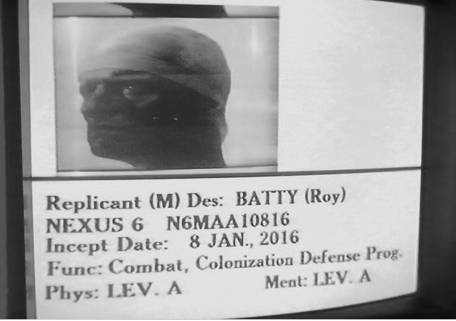 And reposted once more, because November 2019 is "Blade Runner month", as indicated by this frame from the movie's opening credits: 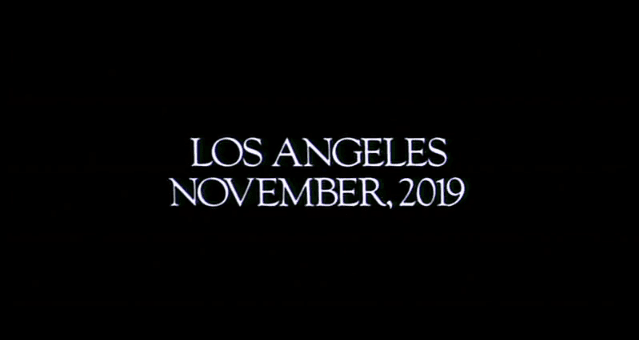 The proper term for the above is an "intertitle" (with a tip of the blogging cap to Miss C).
Reposted from 2019 in preparation for my pending re-watch of Blade Runner 2049.