I'm disappointed that it's only a kugel 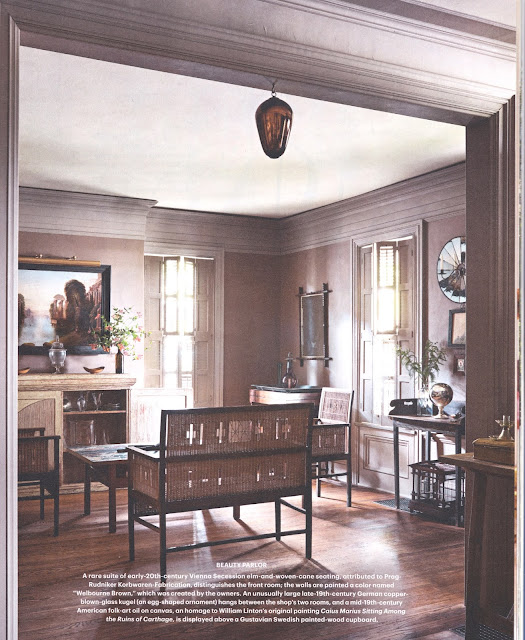 Several summers ago I visited the home of a fellow butterfly enthusiast.  I happened to look up while we were seated in the family room and spotted a Monarch chrysalis (like this) - 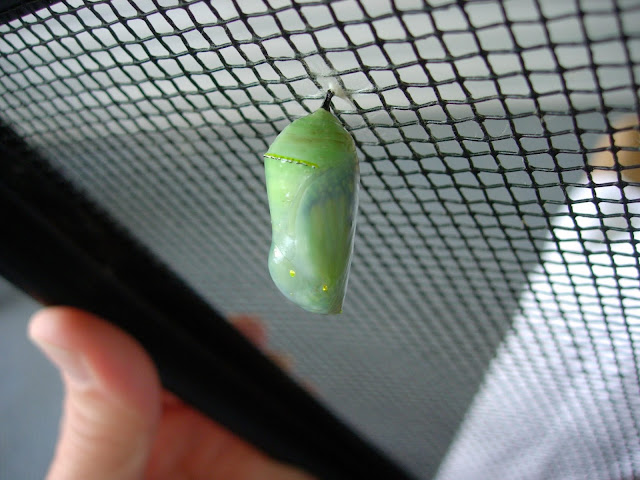 - dangling from the ceiling.  Kevin was delighted to realize that his escaped Monarch caterpillar had made it to a safe location and was not at risk of being squished on the carpet.
That was the memory that came to my mind when I saw a page from a recent issue of  Martha Stewart Living magazine (embedded at the top).  The photo caption indicates that what is hanging from the entryway is "an unusually large late-19th-century German copper-blown-glass kugel.
So I had to look up "kugel" and found this at RealOrRepro:

"Kugel" is the name of heavy glass Christmas ornaments that were made in Germany from as early as 1840 to the early 1900s. Although the word kugel means "round ball" in German, original kugels were also made in the shape of grapes, apples, pears, pine cones, berries, tear drops and balls with melon-style ribs.
Original kugels are generally lined inside with silver. The outside colors are red, cobalt, blue, green, silver, gold and amethyst. There is a hole in the top of each ornament which is concealed by a brass cap. Caps may or may not have an embossed design. Caps are fastened to the ornament with a piece of wire with spread out legs. Circular hanging loops are usually fastened to the wire on the cap.

A quick Google Image search did not lead me to any photos of kugels intentionally designed and colored to look like a butterfly chrysalis.  Perhaps one of my German readers will know whether such fabrications exist.  I would hope so.