When the English discovered cannabis 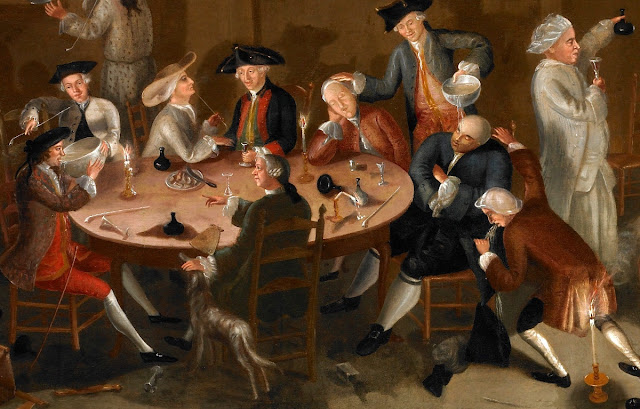 Excerpts from an interesting article in Public Domain Review:


The bustling port city on India’s Coromandel Coast felt fantastical to the young East India Company merchant. During the first days of his visit in 1673, Bowrey marveled at wonders like “Venomous Serpents [which] danced” to the tune of “a Musicianer, or rather Magician", and “all Sortes of fine Callicoes...curiously flowred”. Above all, Bowrey was most fascinated by the effects of an unfamiliar drug. The Muslim merchant community in the city was, as Bowrey put it, “averse [to]...any Stronge [alcoholic] drinke”. Yet, he noted, “they find means to besott themselves Enough with Bangha and Gangah", i.e. cannabis...

Bowrey initially compared the effects of the drug to alcohol. Yet it seemed that bhang's properties were more complex, “Operat[ing] accordinge to the thoughts or fancy” of those who consumed it. On the one hand, those who were “merry at that instant, shall Continue Soe with Exceedinge great laughter”, he wrote, “laughinge heartilie at Every thinge they discerne”. On the other hand, “if it is taken in a fearefull or Melancholy posture”, the consumer could “seem to be in great anguish of Spirit”. The drug seemed to be a kind of psychological mirror that reflected — or amplified — the inner states of consumers...


It Soon tooke its Operation Upon most of us, but merrily, Save upon two of our Number, who I suppose feared it might doe them harme not beinge accustomed thereto. One of them Sat himself downe Upon the floore, and wept bitterly all the Afternoone; the Other terrified with feare did runne his head into a great Mortavan Jarre, and continued in that posture 4 hours or more; 4 or 5 of the number lay upon the Carpets (that were Spread in the roome) highly Complementinge each Other in high terms, each man fancyinge himselfe noe lesse then an Emperour. One was quarralsome and fought with one of the wooden Pillars of the Porch, untill he had left himself little Skin upon the knuckles of his fingers.

After Knox reached London safely in September 1680, he retained a taste for this intoxicating “Counter-Poyson” and found a source able to procure it back home. We know this because, on November 7, 1689, Robert Hooke met with Knox at a London coffee house to obtain a sample of what Hooke called the “intoxicating leaf and seed, by the Moors called Ganges, in Portug[uese] Banga, in Chingales Consa”. Hooke added in his diary that the drug was reported to him as being “wholesome, though for a time it takes away the memory and understanding”.


the Patient understands not, nor remembereth any Thing that he seeth, heareth or doth, in that Extasie but becomes, as it were, a mere Natural, being unable to speak a Word of Sense; yet is he very merry and laughs and sings and speaks...yet he is not giddy or drunk, but walks and dances and sheweth many odd Tricks.

Hooke concluded by noting that he was currently attempting to grow the seeds in London, and that “if it can be here produced” the plant could “prove as considerable a Medicine in Drugs, as any that is brought from the Indies”.

More at the link, as always.