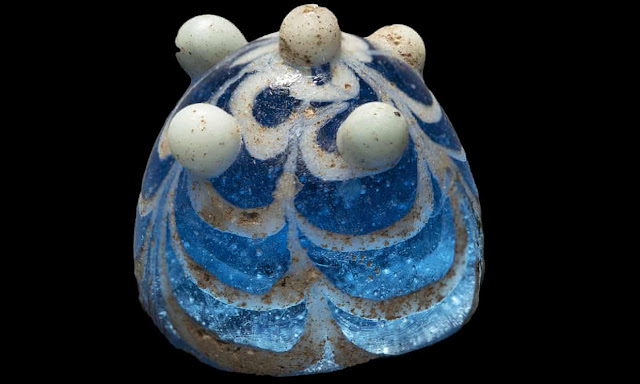 Found during a community-led archaeological dig on Lindisfarne.


Archaeologists believe the object, made from swirling blue and white glass with a small “crown” of white glass droplets, is a gaming piece [probably the "king"] from the Viking board game hnefatafl (“king’s table”), or a local version of the game.

Whether dropped on the island by a Norse raider or owned by a high-status local imitating their customs, the gaming piece offers a rare tangible link between Lindisfarne’s Anglo-Saxon monastery and the culture that eventually overwhelmed it.

A 3-D zoomable, rotateable view of the object is posted at Sketchfab.