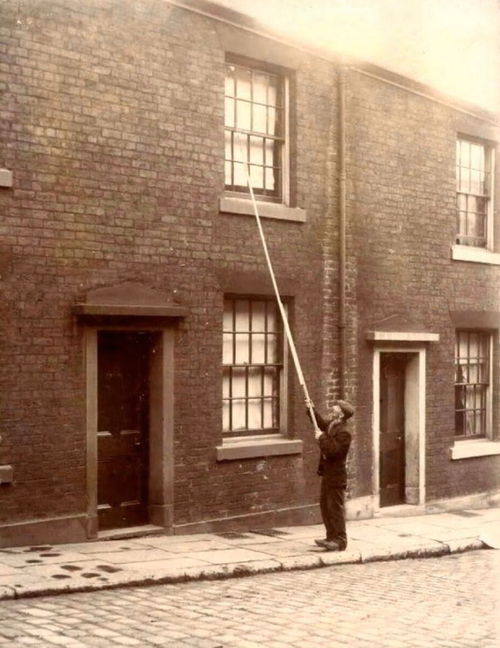 A knocker-up (sometimes known as a knocker-upper) was a profession in England and Ireland that started during and lasted well into the Industrial Revolution and at least as late as the 1920s, before alarm clocks were affordable or reliable. A knocker-up's job was to rouse sleeping people so they could get to work on time.

The knocker-up used a truncheon or short, heavy stick to knock on the clients' doors or a long and light stick, often made of bamboo, to reach windows on higher floors. At least one of them used a pea-shooter. In return, the knocker-up would be paid a few pence a week. The knocker-up would not leave a client's window until they were sure that the client had been awoken.

A knocker upper would also use a 'snuffer outer' as a tool to rouse the sleeping. This implement was used to put out gas lamps which were lit at dusk and then needed to be extinguished at dawn.

Reposted from 2014 to add this image of a knocker-upper using a peashooter: 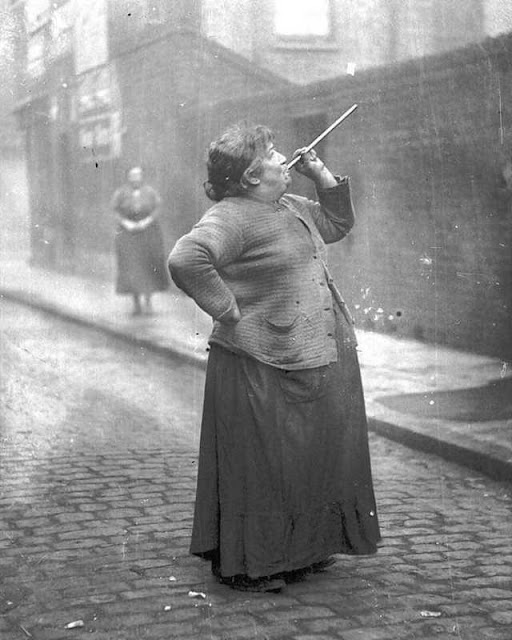