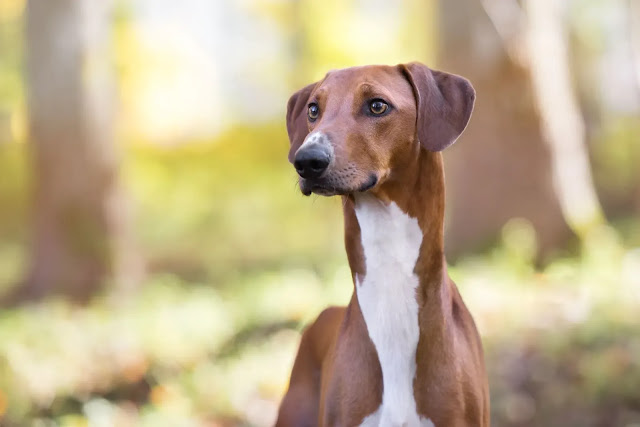 When I saw the photo above of a Westminster Dog Show breed that was unfamiliar to me, I decided that extraordinary neck must signal it as being in the category of "sighthounds."


These dogs specialize in pursuing prey, keeping it in sight, and overpowering it by their great speed and agility. They must be able to detect motion quickly, so they have keen vision. Sighthounds must be able to capture fast, agile prey such as deer and hare, so they have a very flexible back and long legs for a long stride, a deep chest to support an unusually (compared to other dogs) large heart, very efficient lungs for both anaerobic and aerobic sprints, and a lean, wiry body to keep their weight at a minimum. Sighthounds have unique anatomical and physiological features likely due to intentional selection for hunting by speed and sight...

Sighthounds such as the saluki/sloughi type (both named after the Seleucid Empire) may have existed for at least 5,000 years... Although today most sighthounds are kept primarily as pets, some of them may have been bred for as many as thousands of years to detect movement, to chase, capture, and kill prey primarily by speed. They thrive on physical activity. Some have mellow personalities, others are watchful or even hostile towards strangers, but the instinct to chase running animals remains strong.

The one above is an Azawakh.


The Azawakh, named for the Azawagh Valley of its origin, is what is called a “landrace,” says Carol Beuchat, the Scientific Director of the Institute of Canine Biology. “Landrace” basically means that these populations of specific dogs evolved to function in a precise location. The breed has traveled with nomadic tribes like the Tuareg in modern-day Mali, Niger, and Burkina Faso with ancestry for over a thousand years. Archaeologists reportedly were able to find rare 8,000 to 10,000-year-old petroglyph rock art featuring long, slim dogs running alongside their hunter owners.

Look at its remarkable body (image cropped for size): 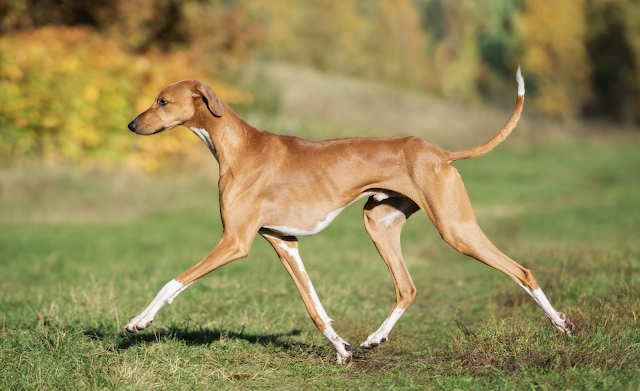