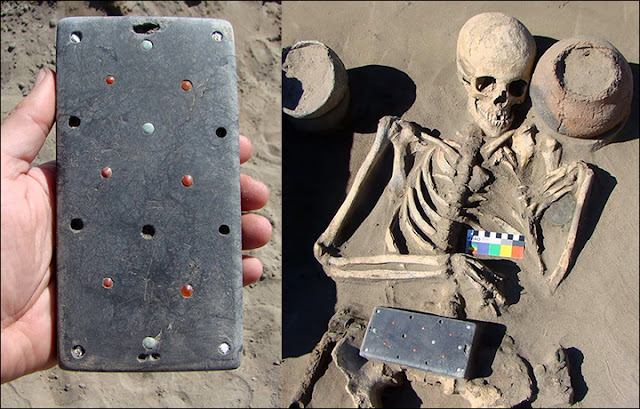 The object pictured above is a jet belt buckle, one of a trove of items recovered from a large cemetery in Tuva.  Another buckle, depicted below, was made of bronze, as evidenced by the color: 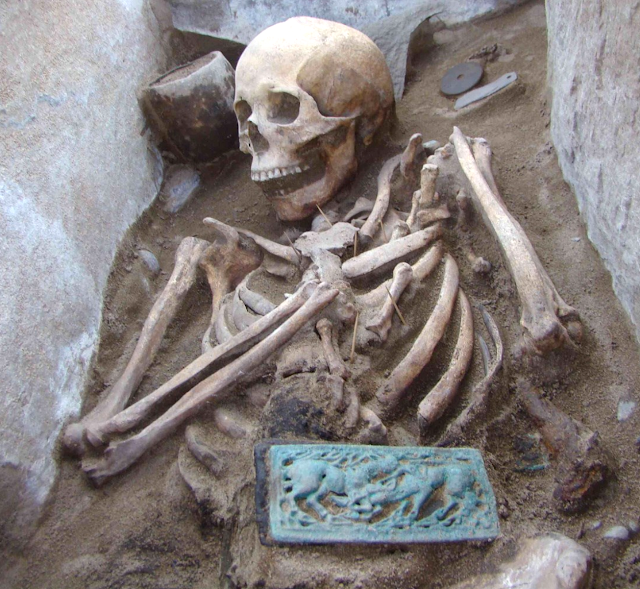 Other examples are depicted here: 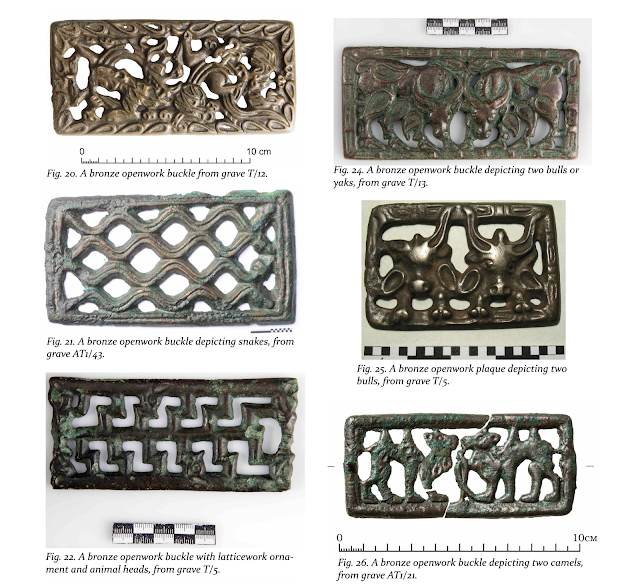 The people buried are presumed to have been nomads who were part of the multiethnic Xiongnu confederation during the beginning of the Western Han period in the second century BCE.

For further reading and a boatload of interesting photos, see this report by authors from the Institute for the History of Material Culture of the Russian Academy of Sciences.