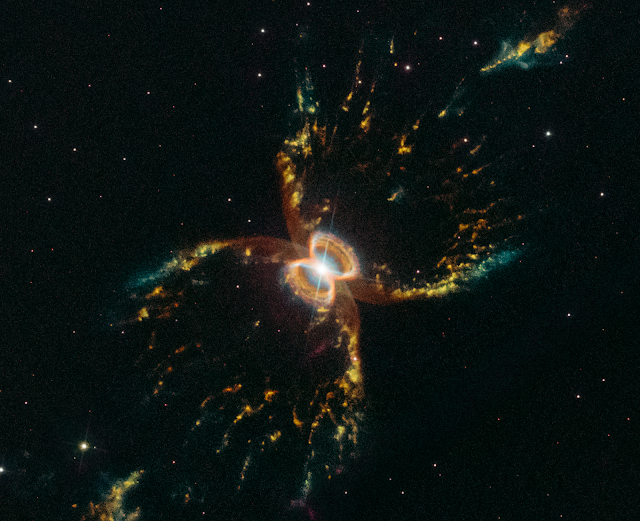 
In celebration of the 29th anniversary of the launch of NASA's Hubble Space Telescope, astronomers captured this festive, colorful look at the tentacled Southern Crab Nebula.

The nebula, officially known as Hen 2-104, is located several thousand light-years from Earth in the southern hemisphere constellation of Centaurus. It appears to have two nested hourglass-shaped structures that were sculpted by a whirling pair of stars in a binary system. The duo consists of an aging red giant star and a burned-out star, a white dwarf. The red giant is shedding its outer layers. Some of this ejected material is attracted by the gravity of the companion white dwarf.

The result is that both stars are embedded in a flat disk of gas stretching between them. This belt of material constricts the outflow of gas so that it only speeds away above and below the disk. The result is an hourglass-shaped nebula.

The bubbles of gas and dust appear brightest at the edges, giving the illusion of crab leg structures. These "legs" are likely to be the places where the outflow slams into surrounding interstellar gas and dust, or possibly material which was earlier lost by the red giant star. 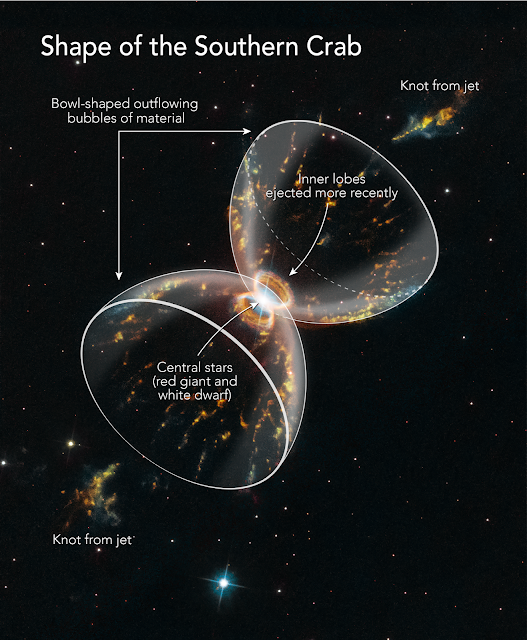