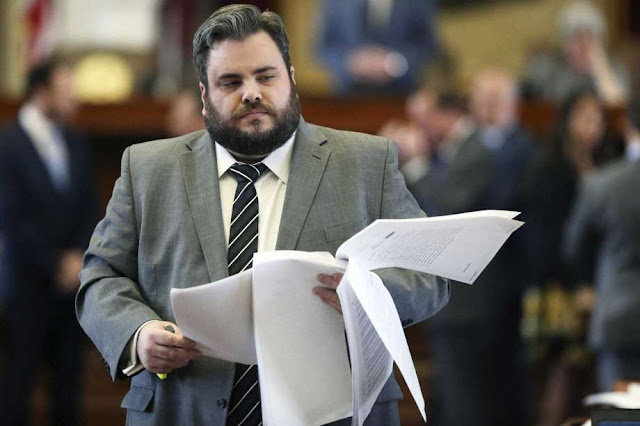 This man became angry when a pediatrician tweeted that exemptions from vaccines put children at risk.


In response to a Hotez tweet that the latest increase in vaccine exemptions in Texas shows its children have been "placed in harm's way for the financial gain of special and outside interest groups," Rep. Jonathan Stickland, R-Bedford, let loose.

"You are bought and paid for by the biggest special interest in politics," tweeted Stickland. "Do our state a favor and mind your own business. Parental rights mean more to us than your self enriching 'science.'"

When Hotez replied that he doesn't take a dime from the vaccine industry and that as a Texas pediatrician-scientist who develops neglected disease vaccines for the world's poorest people, it is "most certainly my business," Stickland dug in even deeper.

"Make the case for your sorcery to consumers on your own dime," tweeted Stickland. "Like every other business. Quit using the heavy hand of government to make your business profitable through mandates and immunity. It's disgusting."

He is Jonathan Stickland, a legislator who participates in making laws for the state of Texas.  He's a Republican.

There is more at Chron (photo credit Tom Reel), via BoingBoing.