Gleanings from The Island of the Colorblind 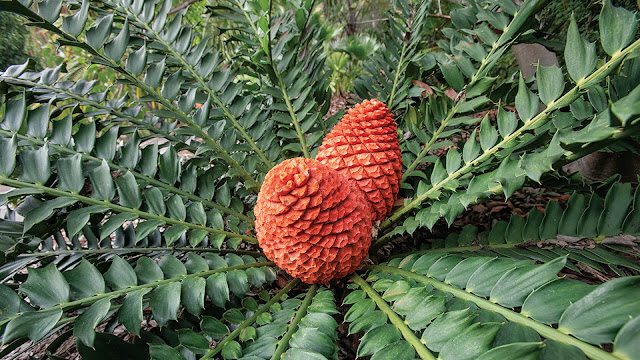 I've had Oliver Sacks' The Island of the Colorblind on my bookshelf for 20 years now, awaiting a final re-read, which I got done this week.  Herewith some excerpts and interesting bits...


"... and a brilliant yellow lichen on some of the trees.  I nibble at it - many lichens are edible - but it is bitter and unpromising."

He is braver than I am.  But a search yielded this info:  Iceland moss "forms a nutritious and easily digested amylaceous food, being used in place of starch in some preparations of cocoa."  Rock tripe "is the common name for various lichens of the genus Umbilicaria that grow on rocks. They can be found throughout northern parts of North America such as New England and the Rocky Mountains. They are edible when properly prepared and have been used as a famine food in extreme cases when other food sources were unavailable, as by early American northern explorers."  I found several others on a websearch, but I never expect to be that hungry.

This in a chapter discussing the amazing site Nan Madol.


"He did not refer to, and probably did not know of, the other megalithic cultures which dot Micronesia - the giant basalt ruins in Kosrae, the immense taga stones in Tinian, the ancient terraces in Palau, the five-ton stones of Babeldaop bearing Easter Island-like faces..."

Today I (re)learn that some plants can generate heat other than by basking in sunlight:


"Botanists  have known for about a century (and cycad gatherers, of course, for much longer) that cones may generate heat - sometimes twenty degrees or more above the ambient temperature - as they redy for pollination.  The mature cones produce heat for several hours each day by breaking down lipids and starches within the cone scales..." (since Sacks is British, he is probably referring to degrees Celsius here!)


"It was true that cycads had the largest growing apices of any vascular plant, but, equally to the point, these delicate apices were beautifully protected by persistent leaf bases, enabling the plants to be fire resistant, everything resistant, to an unusual degree, and to reshoot new fronds, after a catastrophe, sooner than anything else. And if something did nonetheless befall the growing apices, the plants had an alternative, bulbils, which they could fall back on. Cycads could be pollinated by wind – or insects, they were not choosy: they had avoided the path of overspecialization which had done in so many species over the last half-billion years. In the absence of fertilization, they could propagate asexually, by offsets and suckers (there was a suggestion too that some plants were able to spontaneously change sex). Many cycad species had developed unique ‘cor-raloid’ roots, where they symbiosed with blue-green algae, which could fix atmospheric nitrogen for them, rather than relying solely on organic nitrogen from the soil. This struck me as particularly brilliant – and highly adaptive should the seeds fall on impoverished soils; it had taken legumes, flowering plants, another hundred million years to achieve a similar trick.

Cycads had huge seeds, so strongly constructed and so packed with nourishment that they had a very good chance of surviving and germinating. And they could call on not just one but a variety of vectors for their dispersal. All sorts of smaller animals – from bats to birds to marsupials to rodents – attracted by the brightly colored, nutritious outer coat, would carry them off, nibble at them, and then discard the seed proper, the essential inner core, unharmed. Some rodents would squirrel them away, bury them – in effect, plant them – increasing their chances of successful germination. Large mammals might eat the entire seed – monkeys eating individual seeds, elephants entire cones – and void the endosperm, in its tough nut, unharmed in their dung, often in quite far-removed places."


"It was only in 1986 that Guam's 'ecological murder mystery' was solved and the bird-eating tree snake, Boiga irregularis, was proved to be the culprit... It was estimated in the mid-eighties that there were now thirteen thousand snakes to the square mile, three million on the whole island.  Having consumed all the birds by this time, the snakes turned to other prey - skinks, geckos, other lizards, and even small mammals..."

"... branchial myoclonus, arising from lesions in the brain stem.  Here there occur rhythmic movements of the palate, middle-ear muscles, and certain muscles in the neck - an odd and unintelligible pattern, until one realizes that these are the only vestiges of the gill arches, the branchial musculature, in man.  Branchial myoclonus is, in effect, a gill movement in man..."

Credit for the cycad photo to San Diego Zoo.