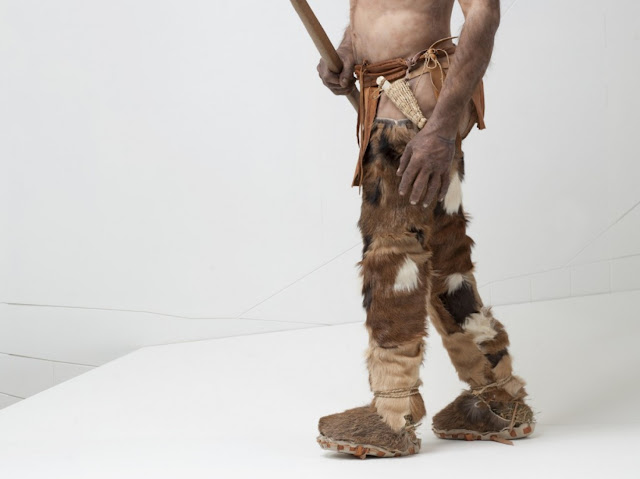 
Results indicate that the majority of the samples originate from domestic ungulate species (cattle, sheep and goat), whose recovered haplogroups are now at high frequency in today’s domestic populations. Intriguingly, the hat and quiver samples were produced from wild species, brown bear and roe deer respectively...

The Iceman’s garments and quiver are from an assemblage of at least five different species of animal. The coat alone was a combination of at least four hides and two species: goat and sheep. This result may indicate a haphazard stitching together of clothing based upon materials that were available to the Iceman, as ancient rudimentary leather is posited to rapidly deteriorate after manufacture. However, the leggings were composed of goat leather, which was also used in the manufacture of a 4,500-year-old leggings from Schnidejoch, Switzerland. This result lends support to the idea that Copper Age individuals in the Alpine region selected species for specific attributes when manufacturing clothing. This may also indicate a functional choice of material based on flexibility or insulating potential.