This is not the Mayo Clinic's basketball team 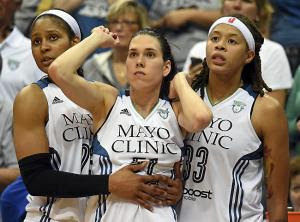 Well, not exactly.  I mean, it is, but not technically.

The photo shows members of the Minnesota Lynx' WNBA professional basketball team.  The jersey logo in 128-point font is explained in the Minneapolis/St. Paul Business Journal:


The Minnesota Lynx on Monday will announce a multiyear sponsorship deal that will put the Mayo Clinic's logo on the team's jerseys starting this summer.

Lynx officials say the deal is the "most extensive marquee jersey partnership in WNBA history," but they declined to disclose the terms of the deal. Only five other clubs currently have jersey sponsors.

The new jerseys prominently feature the Mayo Clinic logo across the chest, with the Lynx logo moving to the left shoulder. They also have a Boost Mobile logo beneath at the bottom of the jersey under a multiyear, leaguewide sponsorship deal...

That alliance includes plans for a new training facility at Block E, which will be renamed Mayo Clinic Square... In addition to placement on the team's jerseys, Mayo's logo also will appear prominently on the Target Center court and on other signage in and around the arena. 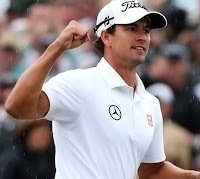 Reminds me of golf, where the players' headwear always has several logos (and the players are contracturally required to leave their caps on during some media interviews), and there are more corporate logos on the shirts.

The latest advertising innovation in the golf world is mind-boggling:


"They gave John Daly a golf bag that hardly anyone could imagine possible. It has a built in flat-screen television monitor which rotates ads across it while he plays. It works a lot like a much smaller and portable digital billboard..." 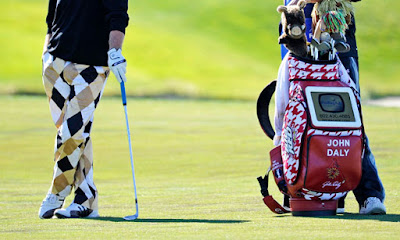 Joe Kirkpatrick, founder of Pro Bag Ads, went into specifics about the bags and had this to say about them:

"Each ad is displayed on an HD Sun-Readable screen for 10 seconds, rotating through a catalog of 20 paid ad spots. For a 7-hour day, each ad will be shown no less than 130 times. During a tournament week, the player’s golf bag will be on display at the golf course for at least 4 days, including practice and tournament play, and an additional 2 days once the player makes the cut. That results in at least 520 impressions for a 4-day week, and up to 910 impressions for a 6-day week!"

But of course, no sport out-logos NASCAR... 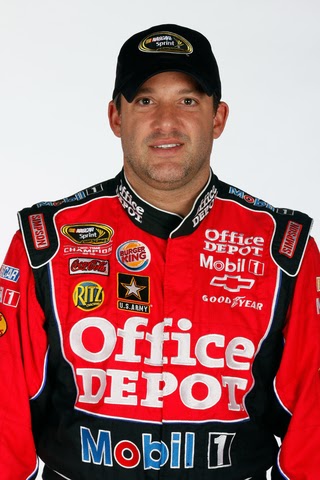 Personally, I'm sick and tired of the whole process.  In all sports.  Which aren't really "sports" anymore - just another form of entertainment to deliver advertising.