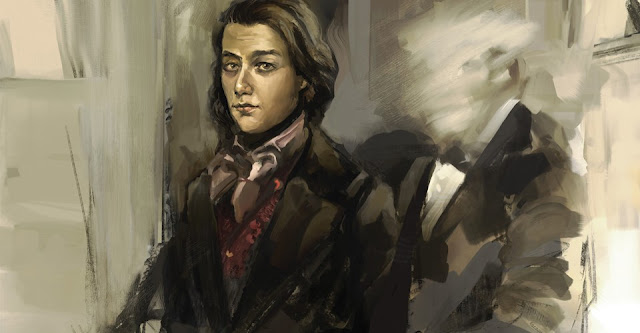 Excerpts from an interesting article in The Atlantic, discussing the publication of the illustrated Pickwick Papers - the graphic novel of its time:


In the afternoon it was common to see men who, by the state of them, had walked dusty miles to lay their hands upon a Pickwick; while in the evening, in every public house and inn the conversation was of the latest number and little else … Mr Pickwick was there, in front of everyone, like a real person, not as a hazy mist of head-hidden words: every man, woman and child had exactly the same image of Mr Pickwick in his or her consciousness. When a dustman talked of Mr Pickwick, a lord could know exactly who was meant because of the pictures. Your Mr Pickwick was my Mr Pickwick, was a universal Mr Pickwick—a being of fiction, a man-created man, was suddenly recognised by all. This was unprecedented in human affairs...

By late 1836, Pickwick was no longer just a serial novel. It was merchandise (Pickwick cigars, hats, canes, soaps), spin-offs (theatrical performances, bootleg editions, joke books), advertisements (on omnibuses, in newspapers). It was a virtual world—delivered in portable monthly episodes, the fictional action synchronized to match the nonfictional calendar—and it invaded the real one, creating a cross-class, national audience. The press run for its 19th and final installment was 40,000 copies, astonishing for the time. “Literature” is not a big enough category for Pickwick. It defined its own, a new one that we have learned to call “entertainment.”

Like other English majors, I was quite familiar with the stories of Americans waiting at the shipyards for the latest installment of The Old Curiosity Ship to arrive -


The hype surrounding the conclusion of the series was unprecedented; Dickens fans were reported to have stormed the piers in New York City, shouting to arriving sailors (who might have already read the final chapters in the United Kingdom), "Is Little Nell alive?"

- but I had not heard these aspects regarding Pickwick, one of Dickens' first publications.

The Atlantic article cited above was written in response to a newly-published novel which focuses on the death-by-shotgun of Robert Seymour, the illustrator of Pickwick, and speculates about the forces that may have driven him to suicide.  Death and Mr. Pickwick sounds quite interesting; I've requested it from our local library.