This tree had to be killed in order to save it 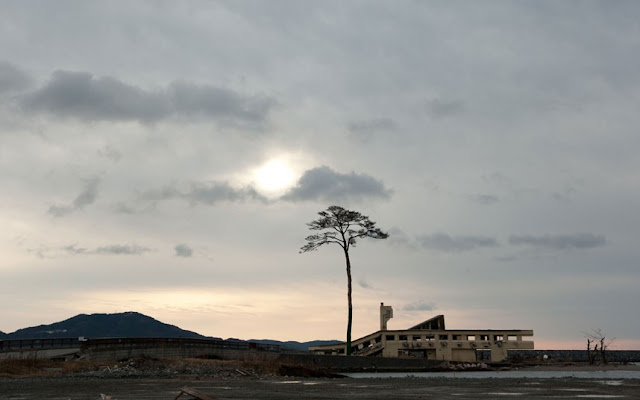 Last week authorities in Japan cut down a pine tree at Rikuzentakata in a bid to preserve it. The tree had been part of a coastal forest, but was the only one left standing after last year's tsunami struck the country. It will be cut into sections, given anti-decay treatment, reassembled using a carbon spine, and replanted in the same spot. The whole process could take around six months.

When I read that description of this pine, I was reminded of the (in)famous quote from the Vietnam war.  I suppose I understand the logic behind the process - the tree is being preserved as a monument of an event rather than as a tribute to itself.  Still...

The photo, btw, comes from a stunning 16-photo gallery of the "world's most famous trees," among which I find the "Queen Elizabeth oak" quite striking (because of its shape rather than the legend): 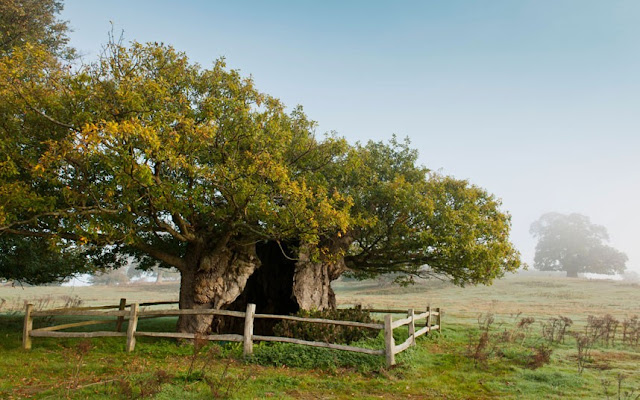 Legend has it that the future Queen Elizabeth was sat under this tree, eating an apple, when she was told that her sister Mary had died, and she was the new monarch. The tree is found in the grounds of Hatfield House in Hertfordshire.

Photo credits surprisingly not specified at the Telegraph link.