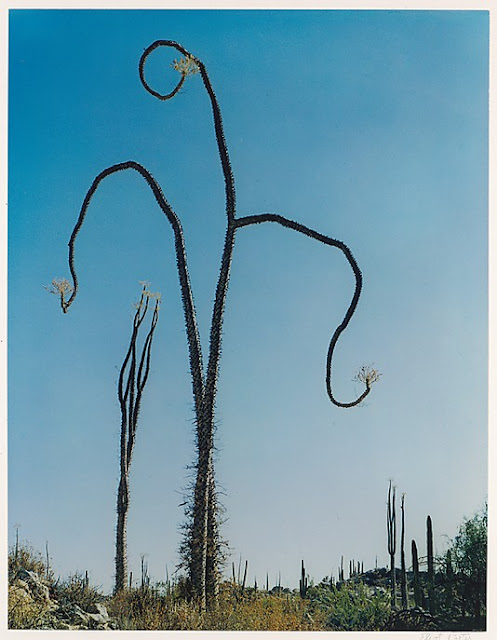 This photograph by Eliot Porter, entitled Cirio Near Las Tres Virgenes Volcano, Baja California (1966) is from the archives of the Metropolitan Museum of Art.

I'm in a hurry today, so you'll have to read about the species on your own, at Wikipedia or The University of Arizona Arboretum.  (another pic here).

You can also go here, and find lots and lots of elsewheres to explore, some of which refer to these famous terminal verses from the eighth fit:


"It's a Snark!" was the sound that first came to their ears,
And seemed almost too good to be true.
Then followed a torrent of laughter and cheers:
Then the ominous words, "It's a Boo-"

Then, silence. Some fancied they heard in the air
A weary and wandering sigh
That sounded like "jum!" but the other declare
It was only a breeze that went by.

They hunted till darkness came on, but they found
Not a button, or feather, or mark,
By which they could tell that they stood on the ground
Where the Baker had met with the Snark.

And btw, despite the way it looks, the boojum in the photo is a tree - not a cactus.