"Jackie the Lion" is now "Leo the Lion" 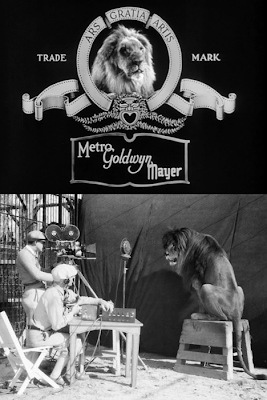 Five different lions have been used for the MGM logo.  Pictured above is the filming of Jackie, who replaced Slats in 1928.   Slats only looked around; he never roared (in part because his four years of stardom were during the era of silent movies).  Jackie's roar was played to silent movie audiences through the use of a gramophone.  Jackie was followed by Tanner, then by George (also referred to as "Bob"), and finally by the current Leo.

Photo found at The Mopo, via.