A tribute to a lady on her birthday 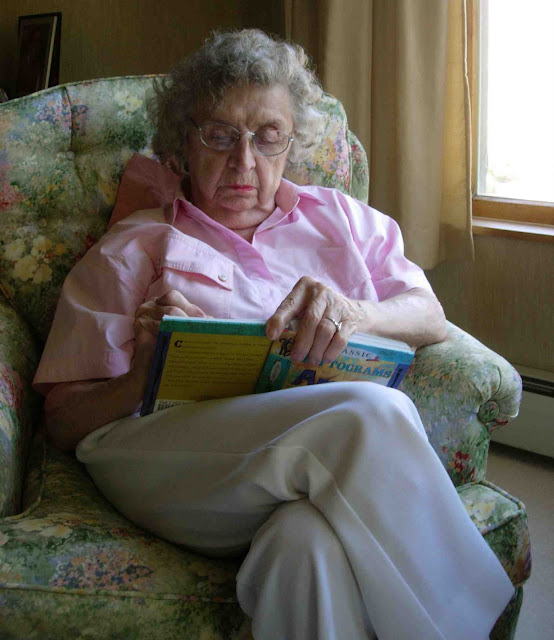 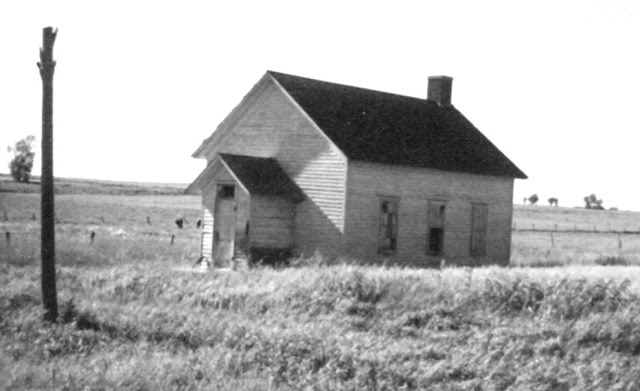 She was born in 1918 to a classic 2nd generation Norwegian immigrant family in southern Minnesota, in an era when children were expected to help work the farm. She wore a huge bonnet in the summer sun, so that neighbors said it looked "like a big hat was driving the rig." She learned to drive that team of horses in a straight line so the cultivating tines wouldn't disturb the planted corn. She was 8 years old at that time.

Her first school is pictured above - a one-room schoolhouse on a far corner of the farm, to which she walked each day (in cold weather her little brother went earlier to get the fire started before the students and teacher arrived). The teacher lived upstairs in the family farmhouse.

She did well in school, and was admitted to St. Olaf college (at age 16) at a time when girls were expected to study secretarial skills. She preferred science courses, and after college went to nursing school in Rochester, MN.

In the early 1940s the fledgling commercial aviation industry needed a new type of employee called a "stewardess" to take care of passengers on what at the time were many-hour-long flights across the country, and they recruited nurses for this work. She received her "wings" in the first graduating class of stewardesses for American Airlines, and was assigned the Chicago to NY route, cooking individual meals aboard the flights for the passengers, and being put up by American Airlines at the Blackstone Hotel in Chicago and The Plaza in New York during layovers.

She met and married a young Navy officer; they settled in Washington, D.C., where her children were born, later moving to Minnesota in the 1950s. When the children were reasonably self-sufficient, she went back to school to catch up on 20 years of nursing innovations, then resumed working, first as a school nurse, then as a burn unit and dialysis nurse in a county hospital, then in her 70s as a private-duty home care nurse.

She assiduously saved and invested her nursing salary during the boom of the 70s and 80s, then took part out to purchase a condo unit; two weeks later the market crashed in October of 1987. She let the rest grow during the bull market of the 90s and the dot-com bubble, cashing out in June of last year with the Dow at 14,000. She is sorry that she thereby caused the entire world economy to crash. And after 60 years of voting for Republican presidential candidates (including George W. Bush x2), she switched allegiance this year to cheer wildly for the election of Barack Obama.

She lives quietly in her condo unit, following world events via television (but not the internet), and cheering for all Minnesota sports teams. Every day, without fail, she solves the "Crytoquip" in the local newspaper.

I'll be taking the next three days off from blogging in order to help my mom celebrate her 90th birthday with various family-related activities.