A Rolling Stones legend from my old home town 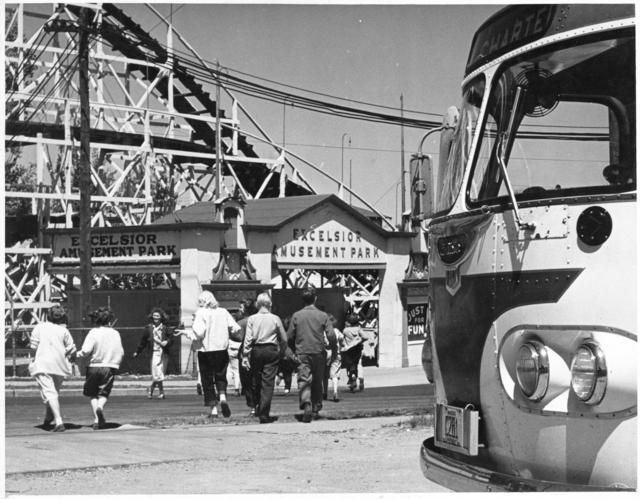 In my high school years (early 60s), I lived in Excelsior, a small (population 2,000) suburb of Minneapolis.  In the 1920s and 1930s it was the western terminus of a streetcar line from downtown because it was on Lake Minnetonka, so it became a local tourist destination, and developers built a substantial amusement park with a wooden rollercoaster and a cavernous "Danceland" which hosted Lawrence Welk, the Andrews Sisters and local dance bands.  In 1963 kids were breaking the windows to get in to see the Beach Boys, and in 1964 the Rolling Stones arrived...

A rather interesting longread about the Stones' arrival, performance, and aftermath is available at The Rolling Stones at Danceland...


... probably notable for being what sounds like one of the worst in local history: about 200 people showed up in a 2,000-capacity ballroom to gawk at England’s Newest Hitmakers as they unenthusiastically ran through a tepid set of Chuck Berry covers.


According to local legend, Jagger had gone to an Excelsior drugstore the day after the concert. While he was waiting to fill a prescription, Jimmy was ahead of him in line, ordering a cherry Coke, but the drug store had run out, so he had to settle for a regular Coke. At that point, Jimmy turned to Jagger and uttered the famous line: “You can’t always get what you want.”

Years later, Jagger used that line as the title of a song, and it became one of the Stones’ greatest hits. Jagger put the drugstore in Chelsea and cherry Coke became “cherry red” soda, but Mr. Jimmy got a mention in the lyrics.

The veracity of that claim is disputed.