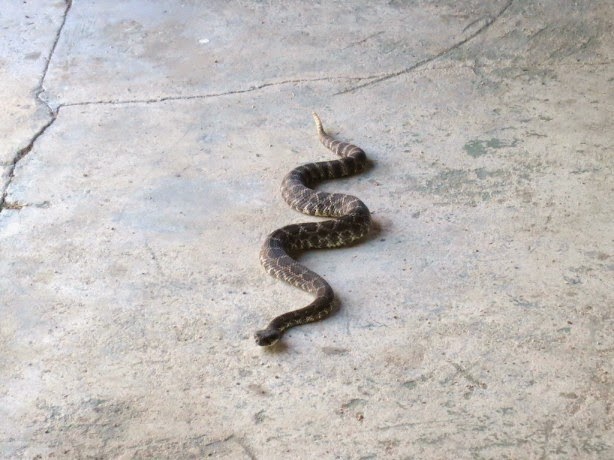 
The last (and only) recorded death from a wild bear in California, Oregon, or Washington? A four-year old girl in 1974. The last hiker killed by a mountain lion on the PCT? Never. The last time a person was murdered on the PCT? Also, never.

HalfwayAnywhere lists seventeen other things to be concerned about, such as lightning, bees...


In Northern California and parts of Oregon the bee population was not happy to have hikers around. Stopping for lunch in bee territory is a truly regrettable decision. I ate many a meal whilst walking as a result of being driven from my lunch spot by the bees.


Without exaggeration, I can say that there were times that if I dared to stop hiking for even a moment, hundreds of mosquitos would swarm around me – biting every inch of exposed skin. Fortunately, you can out-hike the mosquito swarms, but as soon as you stop to for water, to make camp, or god-forbid to poop, they will be all over you.

...rattlesnakes ("How many did I see? I stopped counting after the first twenty."), cows, human poop, and a few others.

Posted for Doug, a member of my extended family, who today began his trek on the PCT, leaving from the Mexican border and heading toward the Canadian border.  Rather than tackling the trail in sensible segments, Doug intends to "through-hike" the entire distance - 2,663 miles - in one extended effort this spring and summer.  Alone.   Good luck, Doug.