Princess Elizabeth (daughter of Charles I) had rickets 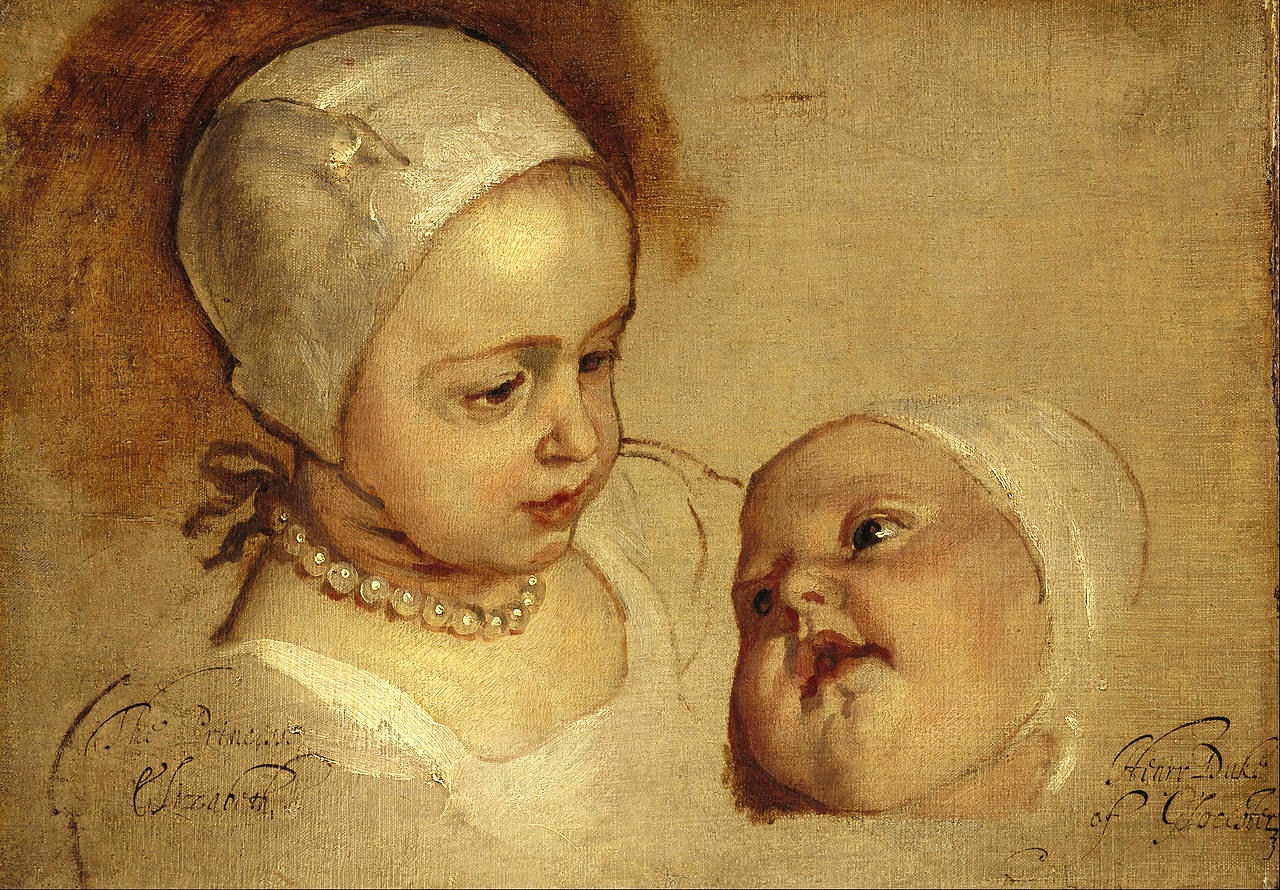 From an abstract published in Pediatrics in 1979:


In 1856 the coffin of Princess Elizabeth (1635-1650) was discovered during the demolition of old St. Thomas's Church at Newport, Isle of Wight, England. Mr. Ernest P. Wilkins, MRCS, examined the remains of the Princess and noted:


The bones of the upper arm were slightly curved outwards—more particularly the right humerous—while those of the forearm were somewhat twisted and considerably curved outwards. The spinal column, retaining the relative position of the vertebrae during life, presented an extremely curved condition constituting the double lateral or S curvature of pathologists, which must have caused considerable projection of the right shoulder-blade and its attendant deformity....

The bones of the skeleton indicate the great deformity which existed during life—there was evidently considerable "growing out" of the right shoulder-blade and corresponding flattening of the left side of the back. The lower extremities were contorted and of unequal length, the knees were what is termed "knocked"; below the knees the legs were bowed, the heels thrown outwards and the toes inverted.

I haven't purchased access to the fulltext, so I don't know the cause of the rickets - probably congenital to be that severe, unless she developed dietary deficiencies during her imprisonment (anyone know?).

This brief bio from Wikipedia:


Elizabeth Stuart (28 December 1635 – 8 September 1650) was the second daughter of King Charles I of England, Scotland and Ireland and his wife, Henrietta Maria of France. From the age of six until her early death at the age of fourteen she was a prisoner of Parliament during the English Civil War. Her emotional written account of her final meeting with her father on the eve of his execution and his final words to his children have been published in numerous histories about the war and King Charles I.


Image credit (Elizabeth on the left, holding her sister Anne)