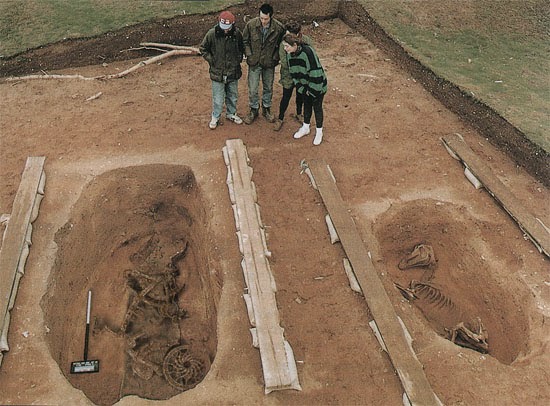 Archaeologists are reporting a spectacular discovery at excavations around the Château-Gaillard, the favorite castle of Richard the Lionheart (1188-1199) in Lower Normandy:


They have unearthed two graves side by side. In both of them they have found the rests of the body of an armored knight, and above it in one grave the well preserved skeleton of a horse, while in the other the fragments of iron objects which, seen from above, resembled… a bicycle - 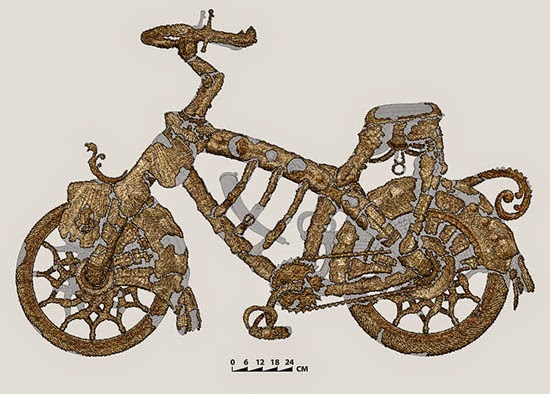 At Poemas del Rio Wang, you can read additional details about other pre-modern bicycles, including some from the Renaissance.  Here is an illustration from a 15th-century French book of coats-of-arms: 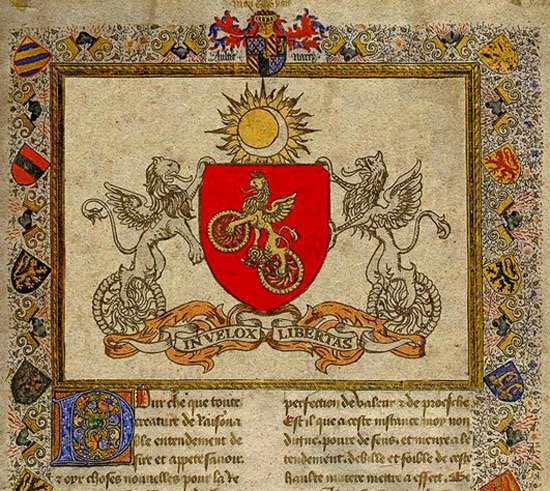