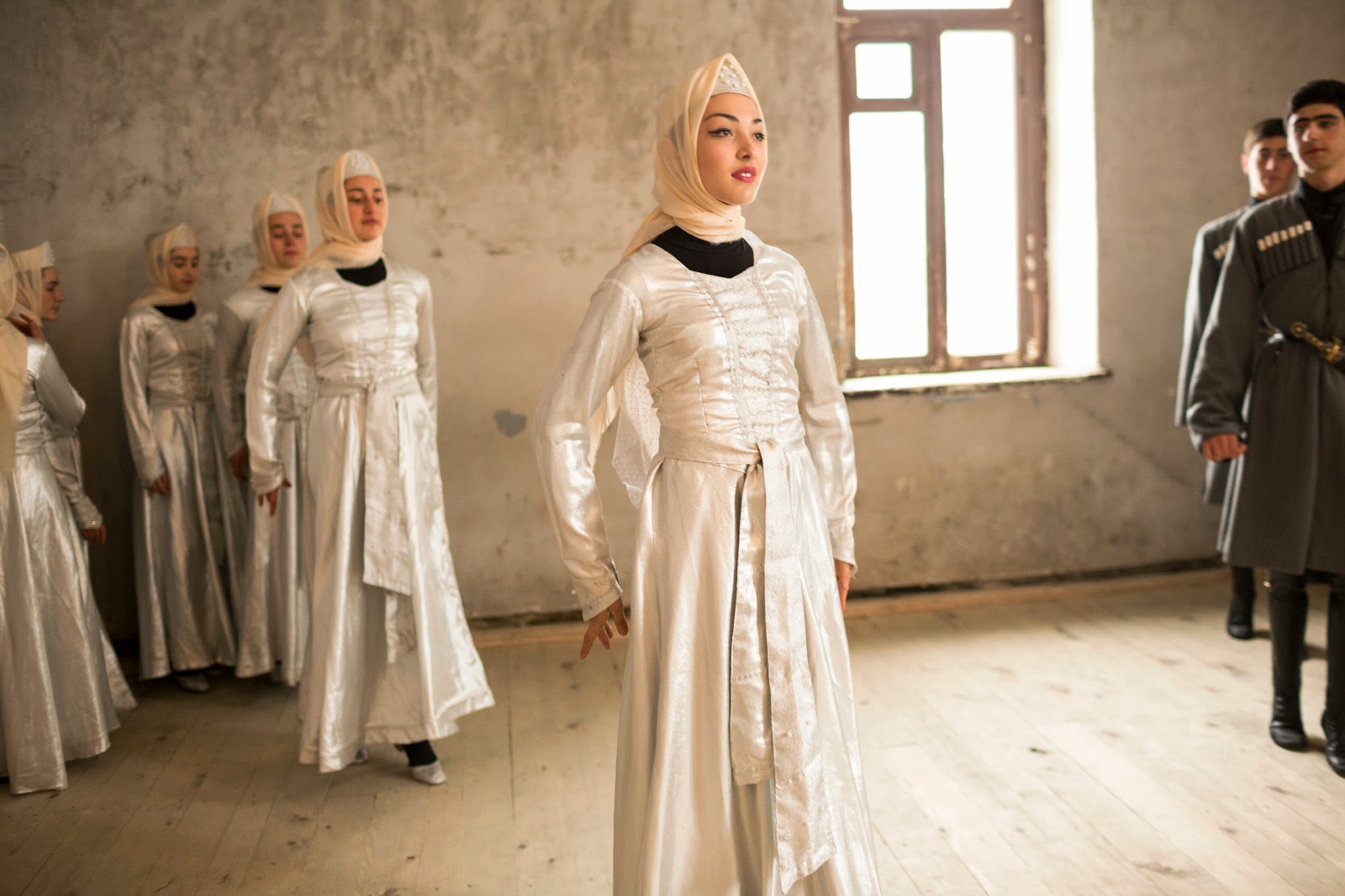 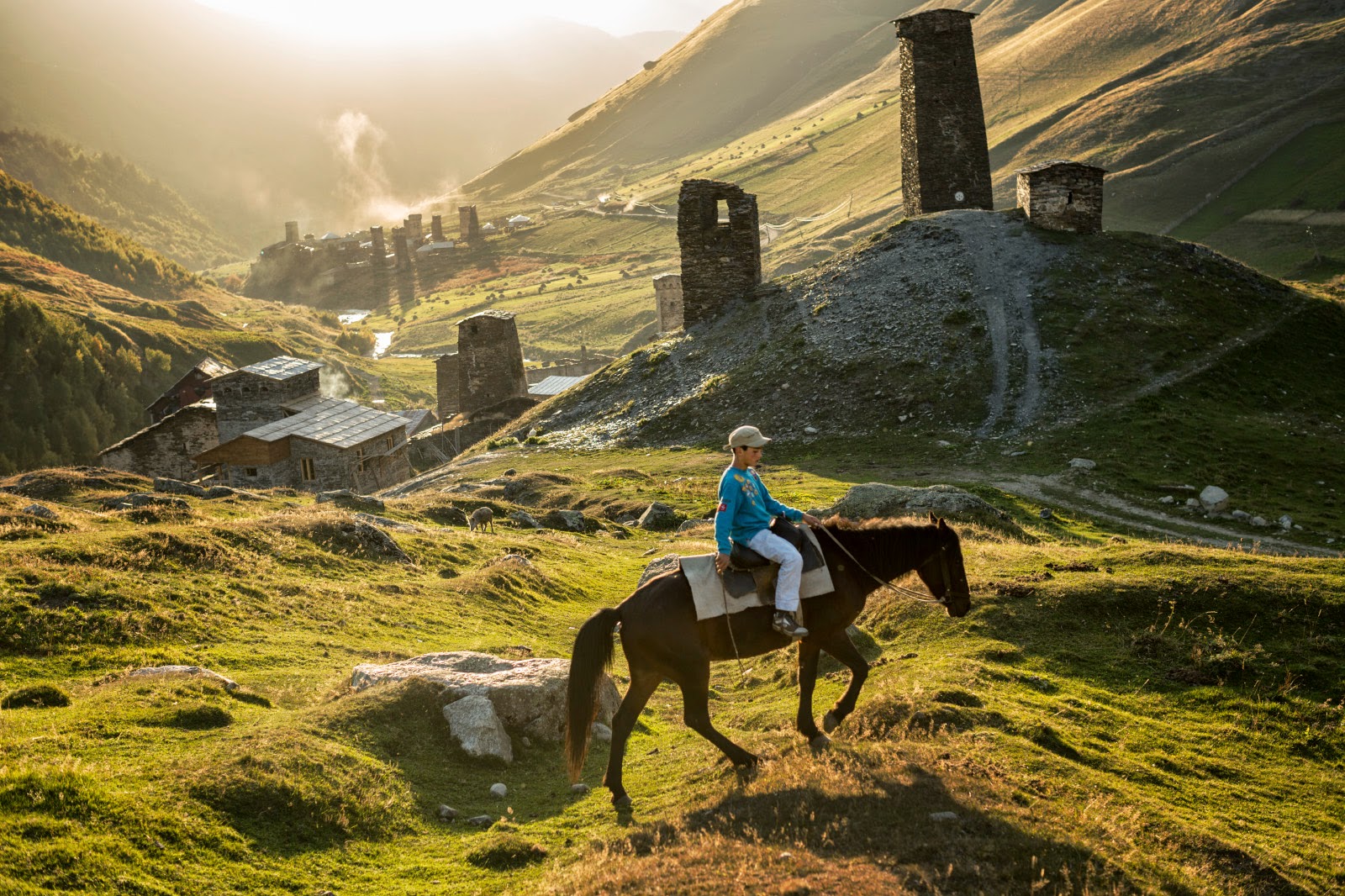 "Horsemen in dreamlike landscapes, men leading a bull to the church gate, with burning candles on its horns, young girls singing ancient songs with inward-looking glance. And towers everywhere, rising in groups or alone, closed, dark towers. Aaron Huey has been coming back for sixteen years to Svaneti, for thirteen years he has been photographing this region...

Over the course of history many powerful empires – Arab, Mongol, Persian, Ottoman – sent armies rampaging through Georgia, the frontier between Europe and Asia... Svaneti’s isolation has shaped its identity – and its historical value. In times of danger, lowland Georgians sent icons, jewels, and manuscripts to the mountain churches and towers for safekeeping, turning Svaneti into a repository of early Georgian culture... " 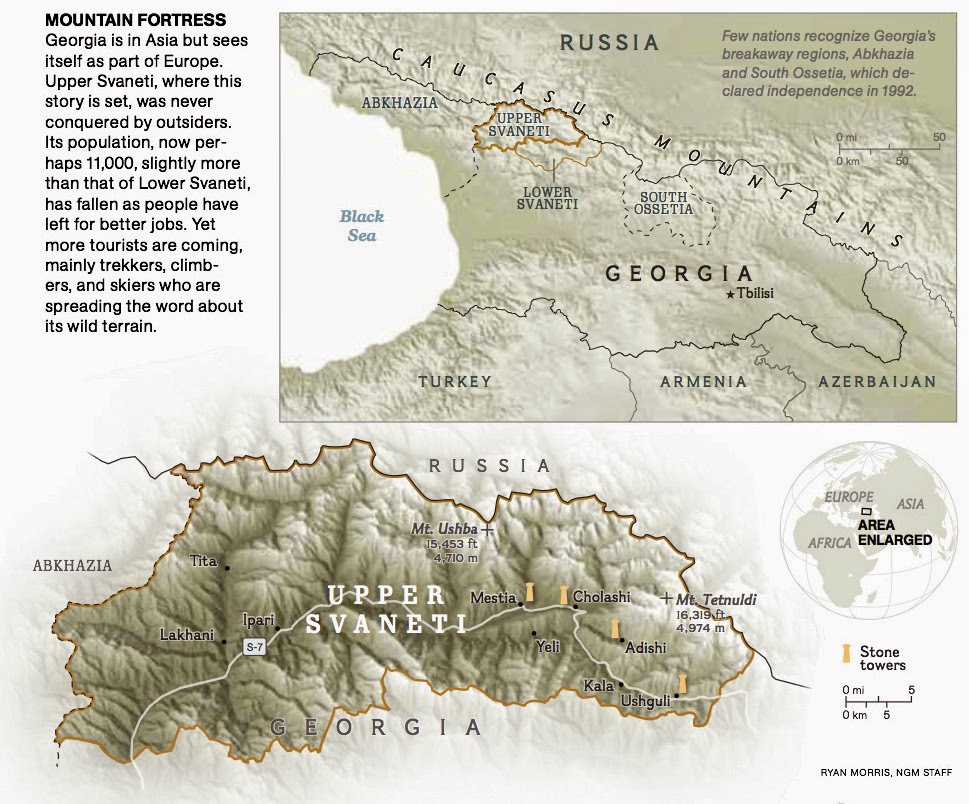 By the first century B.C. the Svans, thought by some to be descendants of Sumerian slaves, had a reputation as fierce warriors, documented in the writings of the Greek geographer Strabo. By the time Christianity arrived, around the sixth century, Svan culture ran deep – with its own language, its own densely textured music, and complex codes of chivalry, revenge, and communal justice...

This is some of the world’s oldest polyphonic music, a complex form that features two or more simultaneous lines of melody. It predates the arrival of Christianity in Svaneti by centuries. Yet none of the musicians in the room this autumn afternoon is over 25.