Before the lightning strike 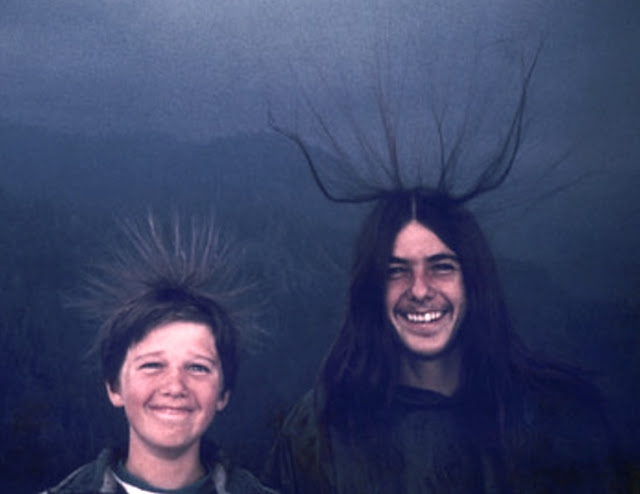 Both of the brothers survived. 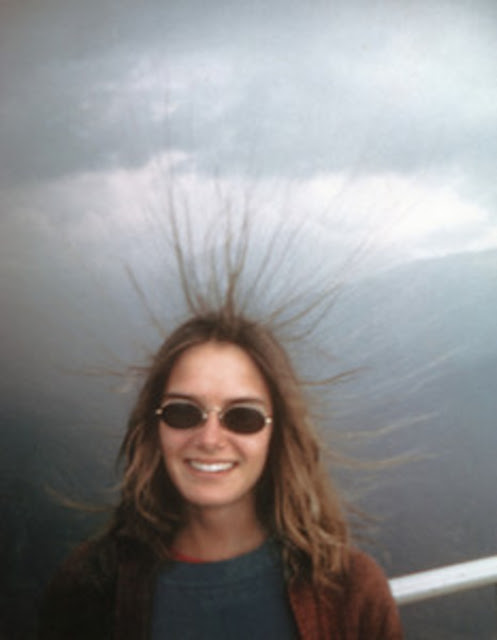 "[the top photo] was taken by his 15-year-old sister, Mary, using an old Kodak Instamatic camera, McQuilken said. He and his siblings were hiking the granite dome. When they reached the top to enjoy the view, someone noticed that their hair was standing on end.
“At the time, we thought this was humorous,” McQuilken recalled. “I took a photo of Mary and Mary took a photo of Sean and me. I raised my right hand into the air and the ring I had on began to buzz so loudly that everyone could hear it.”

The rest of the story is at NBC News.   The original report by the persons involved is in Social Positive via the Wayback Machine.