Beavers as architects of woodland meadows 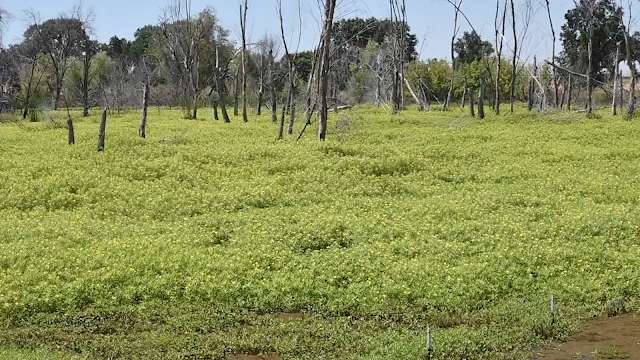 Everyone knows how beavers dam waterways to create ponds.  What is often forgotten is that the natural succession of those ponds is often the creation of a meadow in the midst of a woodland.
As the pond forms behind a beaver dam, the wetness may be so intense and prolonged that some trees die.  In addition, beavers aggressively take down tasty trees in the vicinity of their pond to harvest the upper branches for their food stores.  Beaver dams have a finite life, and after they are abandoned or not maintained, the water drains, and the former wet meadow will transform into a fertile dry meadow until continuing succession sees the appearance of brush and eventually the trees again.
Here is a photo of a lagoon that extended inland from the shoreline of Leech Lake in northern Minnesota: 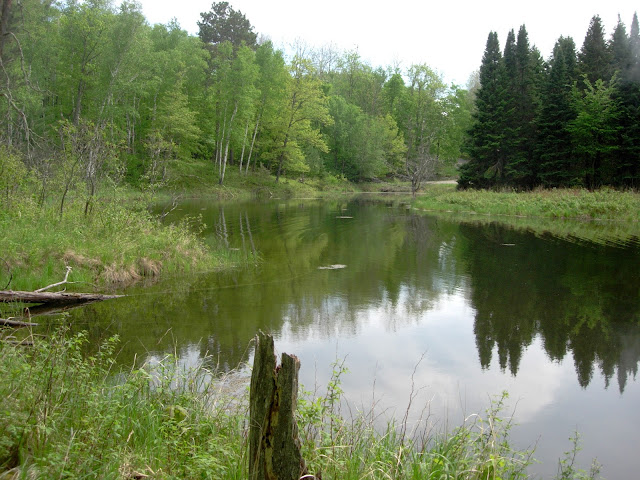 The property was purchased by my father in the 1950s, and forty years later it became my responsibility to care for this land.  I cleared off invasive underbrush and created wallking paths.  And then beaver discovered it: 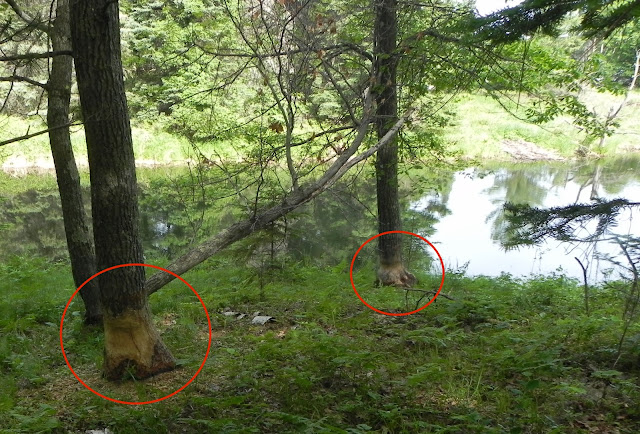 I didn't much mind when they took down some of the riparian aspen, although I was annoyed by their leaving of the stumps for me to stumble over/root out.  But my tolerance hit a limit when they started girdling the hardwood trees.  After several years of trial and error with various deterrents, I eventually wound up purchasing several dozen rolls of 3-foot high chicken wire, with which I wrapped the bases of the trees I wanted to preserve.  I had to staple the tree girdles in place so the beaver wouldn't pull them off, and needed the 3' height so they couldn't reach above them.
It was a lot of hot sweaty work on summer weekends besieged by mosquitoes and blackflies and dodging the occasional yellowjacket nest, but it worked.  Many years later the predation stopped, and the beaver family was replaced by an otter family which burrowed into the muddy banks.  I eventually learned that the beaver had migrated further down the lakeshore, reaching an area with full-time human residents who didn't have the time or interest to coexist with the beaver, which reportedly died of "lead poisoning."
The photo embedded at the top is a screencap from a video embedded in an article in the Sacramento Bee detailing how beneficial beaver water management can be for local ranchers and for fire prevention.
Related: Native Beeology documents the benefits of beaver meadows for insect life.  And The Guardian describes how beaver moving into new areas of northern Alaska are upsetting traditional ecosystems.