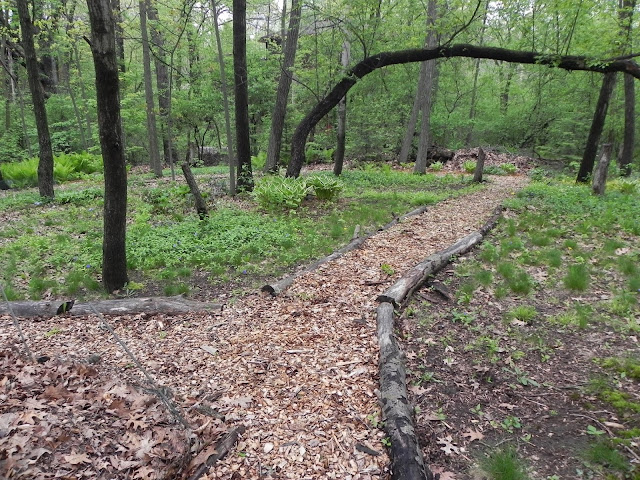 [All of these photos will supersize if you click on the picture]
Our lot in the suburbs of Madison, Wisconsin has a small (perhaps half-acre) woods that had been neglected by previous owners.  It was so densely overgrown with invasive species (buckthorn and honeysuckle) that you couldn’t see across it, never mind walk in it.  I spent the better part of three summers pulling those invasives out by the roots.  I then used dead tree segments as borders for a walking path, adding hardwood wood chips on top of a semipermeable lawn fabric.  The first plants to go in were hosta, which I later subdivided. 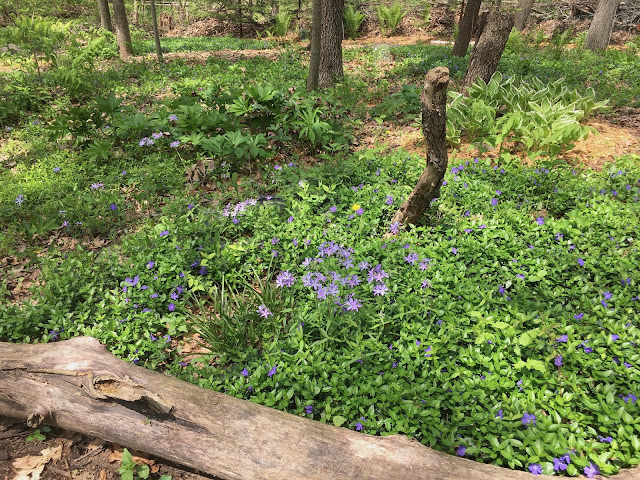 Near the entrance the ground cover is confluent vinca, admixed with some phlox, violets, and not-yet-blooming bluebells.  A cluster of Lenten roses (Hellebore) is behind that.  Hidden in the ground cover is a “water feature” (sunken rainwater catcher for the local critters). 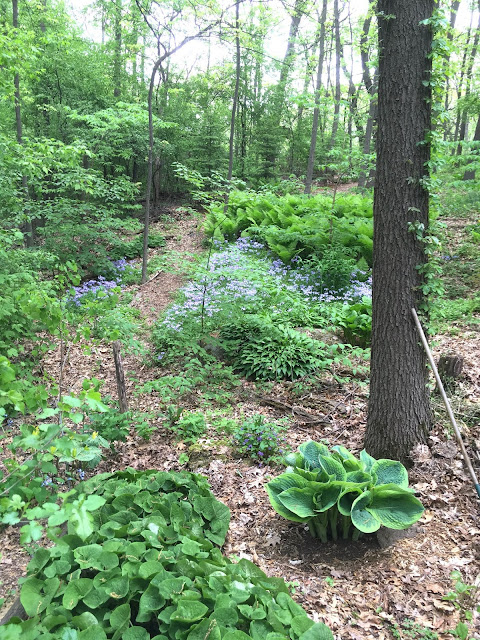 Where the walking path curves around the back there is one of many clusters of wild ginger (easy to grow in rich soil; that 4-foot wide patch spread from a couple plugs).  Next to that is one of the hostas, then some violets and some yellow trillium on the left.  Further back are a couple other types of hosta, then woodland phlox, and a dense stand of ferns (they are ancient plants adapted to spread aggressively, so it takes some monitoring and digging to prevent them from conquering the entire woods).  Not shown in these photos are dozens of Jacks-in-the-Pulpit (Arum) that emerged after the invasive plants were removed. 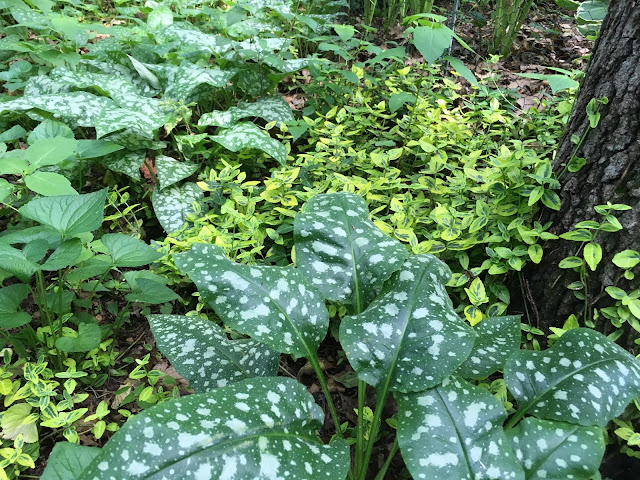 Our woods is deeply shaded by oaks, so flowers other than the spring ephemerals don’t thrive.  We opt instead for foliage plants.  The spotted leaves of the pulmonaria are dramatic (and the plant displays lovely pink tiny flowers in early spring before the trees leaf out).  The creeper starting to climb the tree is a lamium (dead-nettle).  Lots of choices of foliage on those. 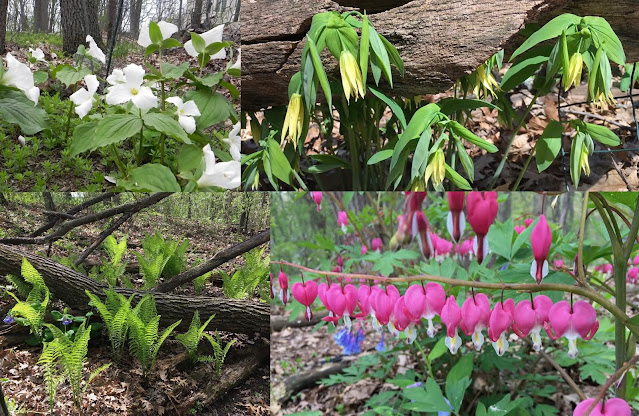 This composite shows some of the late-spring flowers: trillium would naturalize and cover the woods in a blanket of white, but it’s a delicacy to our local rabbits, so we have to put chicken-wire fence around it.  The drooping bellworts (uvularia) look wilted, but that is their normal conformation.  Bottom right are the strikingly pretty bleeding hearts (Dicentra). 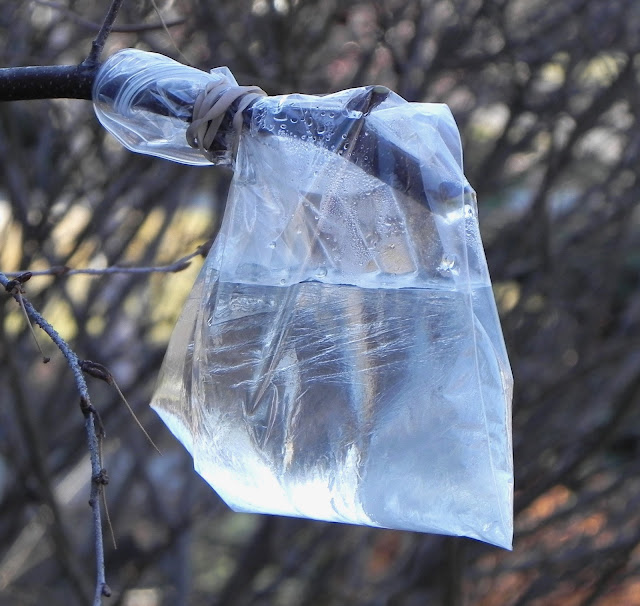 The final photo shows a bag of birch juice.  Some years ago I was tidying up a flower bed under a birch cluster, and in an effort to get more sun down to the hyacinths, I clipped off a birch branch with my pruner.  Several minutes later I noticed liquid dripping down onto my work area - and it didn’t stop.  Normally I would leave it as a resource for the early spring butterflies (Mourning Cloaks, Commas) who have few flowers to visit and rely on tree sap for their sugar source.  But I decided to try strapping a Ziplock bag on to collect the sap.  Birch juice has been consumed since time immemorial by residents in northern climates (Alaska and especially Russia).  I did try boiling down my birch water to make syrup – but that turns out to be a laborious process (120 ounces of sap yield 1 ounce of syrup).  So I stopped the process early and just drank the birch juice that evening with my carryout Chinese food (it pairs well with General Tso’s Chicken).