Wherein I learn what a "collarmaker's palm" is... 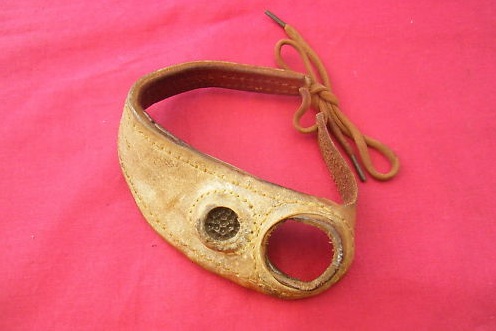 The book I'm currently reading is "The Brendan Voyage" by Tim Severin, which details a man's quest to test the possibility that ancient Irish monks could have sailed to the North America in a leather boat.  More about the book later, when I finish it, but for now this paragraph from page 52:


...we had only to make and fit the bow and stern sections of the leather.  We anticipated extra wear and tear in these areas, and so we doubled the thickness of the leather, and on the bow where it might run on a rock or onto sharp flotsam, we made it four layers thick, more than an inch of solid leather.  Only John O'Connell had the strength for this work.  From his Gladstone bag he produced a pair of great heavy half-moon needles and an antiquated collarmaker's palm that was almost a museum piece.  As I watched him drive the needles through the leather with his prodigious strength, I thanked our luck that we had found such a man.

A boat is being built as it would have been constructed in Medieval times, with the frame pieces hand-lashed together with flax bindings, then covered with tanned oxhides.  I had never heard of a "collarmaker's palm," though from the context I thought I could discern the purpose (the "collarmakers" in the book are horse-collar makers (leather workers), not shirt-collar makers).

Embedded at the top is a photo I found on eBay (US $23 or best offer) of a "leather workers sail makers leather palm" with no further details of its use.  But when I amended my search to include sail-making, I found a bunch of images, including this one - 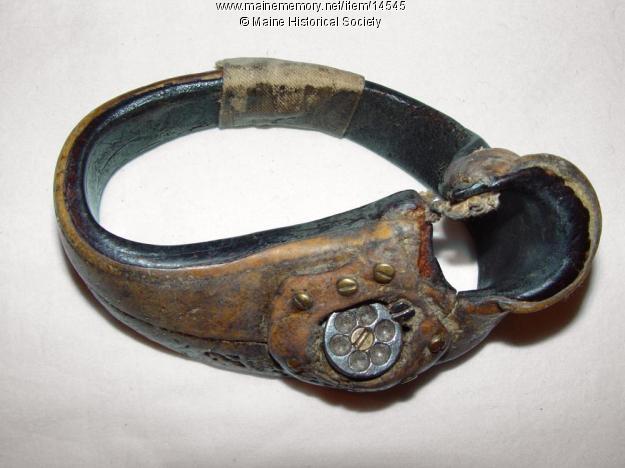 
This tool is worn on the hand and used to push a sailmaker's needle through heavy material, often through multiple layers. The end of the needle fits into one of the indentations on the "eye," the round metal part of the palm.

This roping palm is used for heavier work such as sewing bolt rope around the edge of the sails, working with leather, or hand sewing grommets. With this work, twine is wrapped around the "horn" to pull and tighten each stitch. A smaller, lighter seaming palm would be used for hand-stitching panels of canvas together.

The "seaming palm" is shown here.  As Pauline explains:


The benefit of a palm over a simple thimble is that the pressure of the entire hand, not just one finger, can be applied against the resistance of the canvas.

And finally, from the Flickr photostream of the Voyager NZ Maritime Museum, this photo of a sailmaker using his "palm tool": 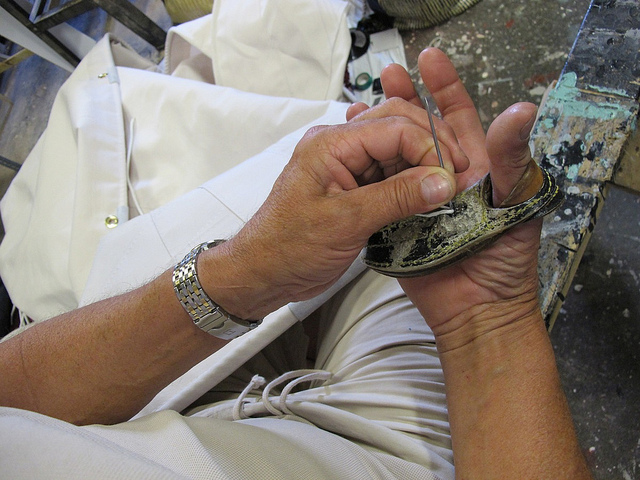 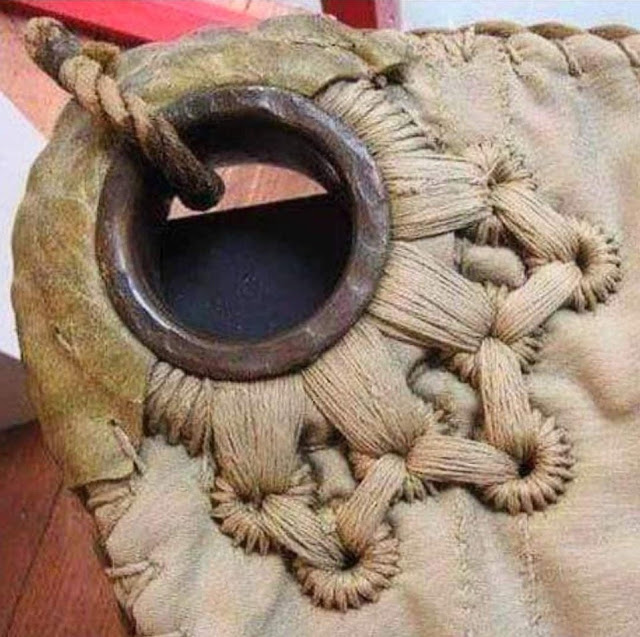 For that kind of needlework, it's understandable that a collarmaker's palm or seaming palm would be appropriate.