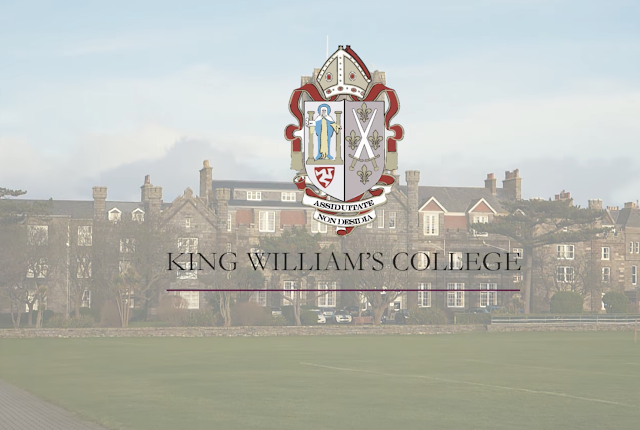 "Up until 1999, pupils at King William's College would sit the paper unseen on the last day of term before the Christmas holidays. The questions are very hard and often cryptic, and pupils got hardly any questions right first time: five percent was considered a good score! During the Christmas holidays, pupils tried to find the answers to the harder questions by consulting reference books or asking clever relatives. When they returned to school in the New Year, they took the test again, under exam conditions and without the aid of notes."

The quiz is now voluntary for the students, but has spread worldwide via publication in The Guardian.  It is, as noted above, inhumanly difficult, requiring impossible amounts of knowledge of trivia and/or extraordinary computer search skills.

A Latin phrase is always printed at the top of the quiz: “Scire ubi aliquid invenire possisea demum maxima pars eruditionis est”.  Freely translated, this means "the greatest part of knowledge is knowing where to find something."

The best way to approach the quiz is as part of a group, many of which will form on the internet in the weeks ahead (in previous years, Metafilter typically had such a group).

I joined such a group a couple days ago and spent the better part of a day tackling some of the questions.  I spent most of my time, and had my best success, with the relatively easy Section 15 questions:

1. what lends Julia her eyes?

2. what found out the bed of the sick rose?

3. what, despite its serpentine appearance, is in reality anguid?

4. who sent fake news from Cuba and was rewarded with an OBE?

5. what did the Elkoshite predict would spoil and fly away following the fall of Ninevah?

6. where, in a letter to Frederick, did the excommunicate consider that there were as many devils as tiles on the roof ?

7. seemingly worth slightly more than £1, what is hosted for a while by Cyclops?

8. what great burning star fell in response to the third trumpeter?

9. what is accessed from Strucklahnungshörn?

10. what is Gower’s detached appendage?

These questions are all related by a common theme, which will become apparent after you solve a couple of them.  Another set of questions that readers of TYWKIWBDI might enjoy tackling are in Section 3:

Section 3 - The name of which capital

2. started as a district in Calvados?

5. is derived from a Fort built by a St Louis fur-trader?

6. features in a hymn translated by the Warden of Sackville College in Sussex?

8. was reminiscent of a view of the Thames?

9. seems to be misplaced in Suffolk?

Interested readers can find the full set of questions at The Guardian or in this pdf from King William's College.  Readers are invited to display their knowledge (or their Googling expertise) by offering answers in the Comments section of this post.  The official answers will be published probably next week.  Questions and answers for the past five years are posted at King William's College.