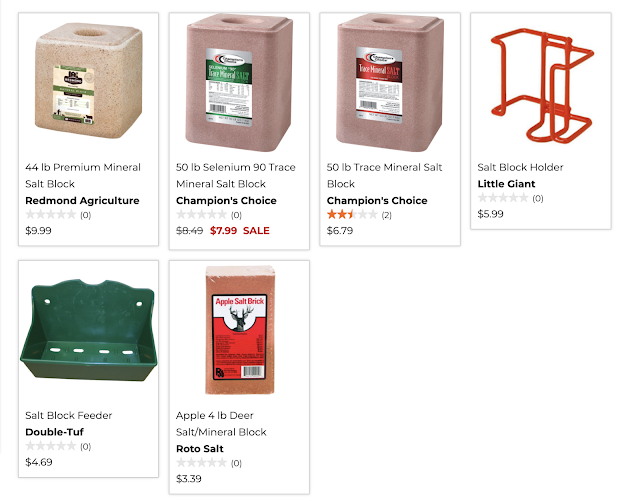 Every now and then I use this blog to get advice from readers about subjects that are a bit hard to find information about online.   My first queries are about salt licks.

We live on the outer fringe of Madison, Wisconsin and have a small woods behind the house.  Over the years we have been visited by a variety of mammals; in addition to the typical suburban chipmunks and raccoons and bats and moles and mice, we have seen deer, fox, coyote, woodchuck, and the occasional opossum - although fewer in recent years as new subdivisions have been replacing farm fields and pastures nearby.
I've been thinking of putting out a salt lick for the critters.  We have a Farm and Fleet store nearby that has product, so my questions are about any potential downside.  Does the leaching of salt from the block result in any problem for nearby plants?  This wouldn't be in a garden setting, but we do have spring ephemeral wildflowers in the woods, and I even wonder about the tolerance of trees.  Conventionally these blocks are out in a pasture far from trees.  I have been told that cattle not only lick the block away, but also nibble down into the soil underneath, carving out a pit to harvest all the available salt.  Similarly if the block is placed on a stump, the stump itself will eventually be eaten away by the animals.  Are the trace mineral supplements important?  How long they last will obviously depend on usage, but I'm wondering if I need to stock up in anticipation of rain and snow melting the block.  Will the bats make use of the salt lick??
The next question is about managing "covid hair."  I've patronized the same barbershop for the past 15 years.  I'm willing to listen to the constant FOX News programs because of the low ($16) price for a haircut.   I'm sure he is wearing a mask this year, but his shop is not much bigger than a modern walk-in closet, and his clientele may not be rigorous in mask use.  When I called this summer to inquire if he was by any chance offering outdoor haircuts he was incredulous.  So I have "covid hair" (which I suppose can be viewed as a political statement).
Because I almost never watch network television, I have been blissfully unaware of decades of infomercials about the "Flowbee" vacuum-assisted haircutting system.  While researching self-haircuts I came across an interview with George Clooney in which he reports cutting his own hair for the past 25 years using the Flowbee system (his comments start at the 2:15 mark of this video).  Apparently that's why he's wealthy; I always thought it was because of movies and celebrity fees, but it's also from the savings of doing one's own haircuts.  Readers - any experience or informed opinions on this?? (Amazon is sold out of the product, so the pandemic seems to have been good for the company).
Addendum:  I decided to get a salt+trace minerals brick, and have placed it at the junction of two walking paths, within binoculars view of our house.  I don't expect to see much activity because most visitors would likely be crepuscular, but the pattern of tracks in the winter snow might be interesting. 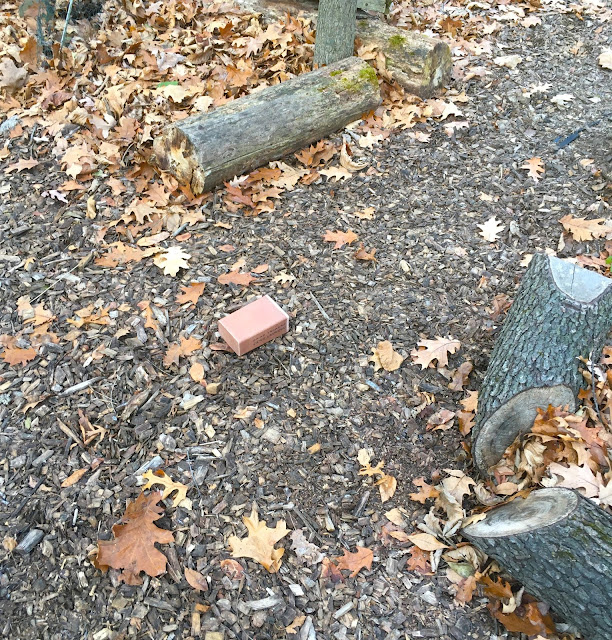