The hexagon at Saturn's north pole 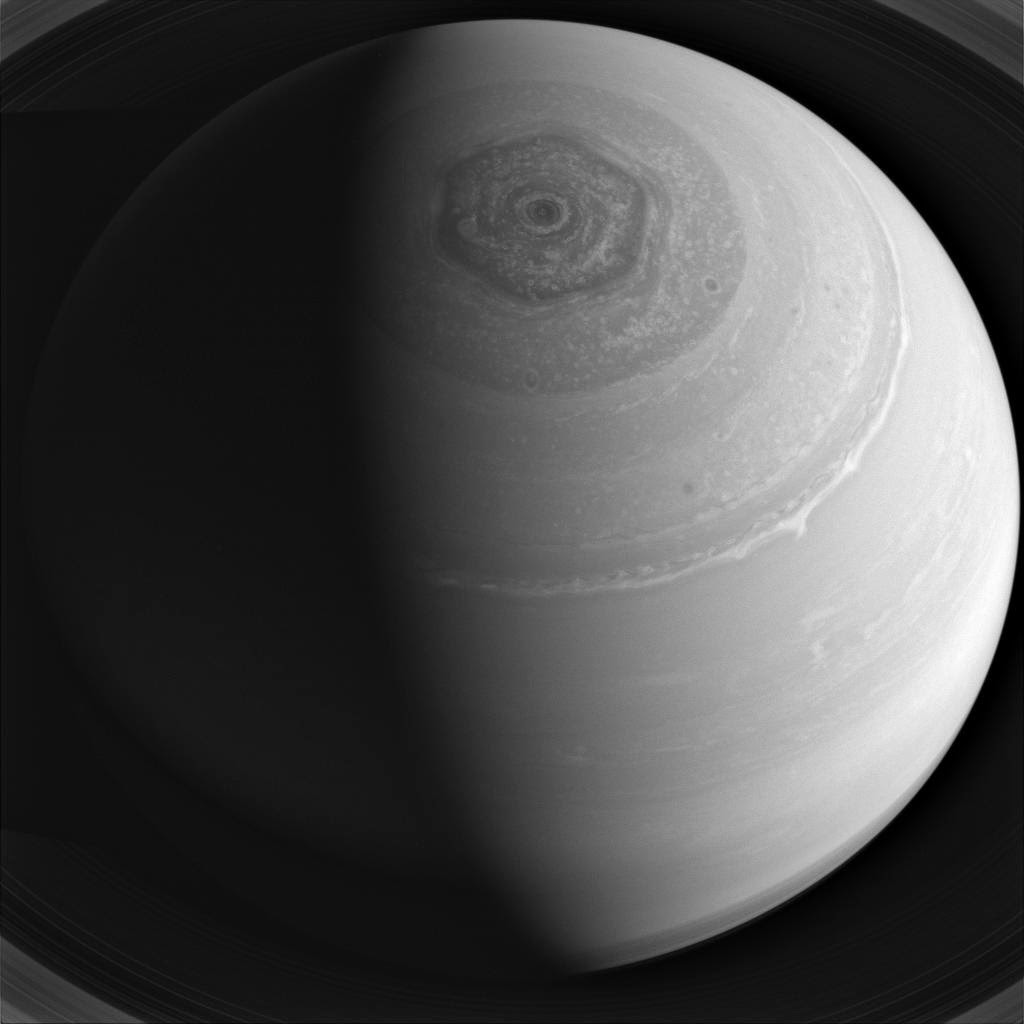 "Geometric whirlpools" are discussed in a Nature article:


Researchers at the Technical University of Denmark in Lyngby have created similar geometric shapes (holes in the form of stars, squares, pentagons and hexagons) in whirlpools of water in a cylindrical bucket. The shapes appear easily enough once the bucket is spinning at a rate of one to seven revolutions per second, they say.

But the researchers admit their studies may not be relevant to planetary-sized systems.

Photo via the Space subreddit.
Reposted from 2015 to add these color gif images from NASA:

"These natural color views (and corresponding animated movie sequences) from NASA's Cassini spacecraft compare the appearance of Saturn's north-polar region in June 2013 and April 2017. In both views, Saturn's polar hexagon dominates the scene. The comparison shows how clearly the color of the region changed in the interval between the two views, which represents the latter half of Saturn's northern hemisphere spring. In 2013, the entire interior of the hexagon appeared blue. By 2017, most of the hexagon's interior was covered in yellowish haze, and only the center of the polar vortex retained the blue color. The seasonal arrival of the sun's ultraviolet light triggers the formation of photochemical aerosols, leading to haze formation. The general yellowing of the polar region is believed to be caused by smog particles produced by increasing solar radiation shining on the polar region as Saturn approached the northern summer solstice on May 24, 2017..." [continues at the link]

More here re the motion.